From the SPD Bulletin 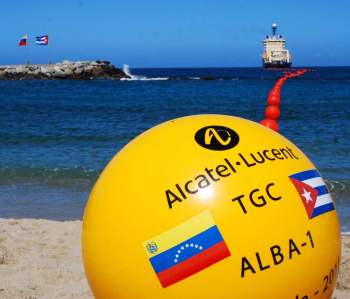 HAVANA TIMES — A few days ago, there was widely circulated on the Intranet a copy of Resolution 146/2012 of the Cuban Ministry of Finance and Prices (MFP) establishing what was already established since 2001: the prices for using the Internet and email. So far the ministry has not denied the authenticity of the document.

The question that has been raised parallel to issuing of the resolution is whether this means that now Internet services and e-mail can be subscribed to by ordinary citizens without restrictions.

The question arises because there are “ordinary” citizens in Cuba, and other categories, according to permissions and privileges and government run stores to which they have access.

Everyone now knows that there were serious problems of bureaucratic corruption in the handling of the matter (of the fiber optic cable) by the MIC [the Ministry of Informatics and Communications], though there are doubts about the meaning of this abbreviation – some believe it stands for the “Ministry of Non-Communication”).

Likewise, its agency charged with telephone service, ETECSA, is thought to be short for “Estamos Tratando de Establecer Comunicaciones Sin Apuro” (We’re Trying to Establish Communications But in No Hurry).

Still, as far as we know, the courts have not issued a verdict on the matter.

But nobody doubts that the fiber optic cable link to Venezuela is now connected to Cuba and — apparently — is operating for some important sectors of the bureaucracy.

Recently a senior Venezuelan government official who was asked about the matter responded by saying that the cable was already operating in Cuba and therefore the situation of there being internet access on the island or not was a matter of the Cuban government, not Venezuela.

But in the end, neither the Communications or Finances and Prices ministry, or any other, has made it clear what the meaning is of the resolution running across Intranet and concerning the effects of access for the people.

The people are asking – where’s the cable? Yes, where’s the famous Internet cable that was announced with so much fanfare about how it was coming from Venezuela at a cost of $70 million, which would be paid from the sweat of the Cuban people?

Please, designate some government official — who continues to be maintained by the people through their blood, sweat and tears — to respond to these questions.

2 thoughts on “So Where’s the Cable?”