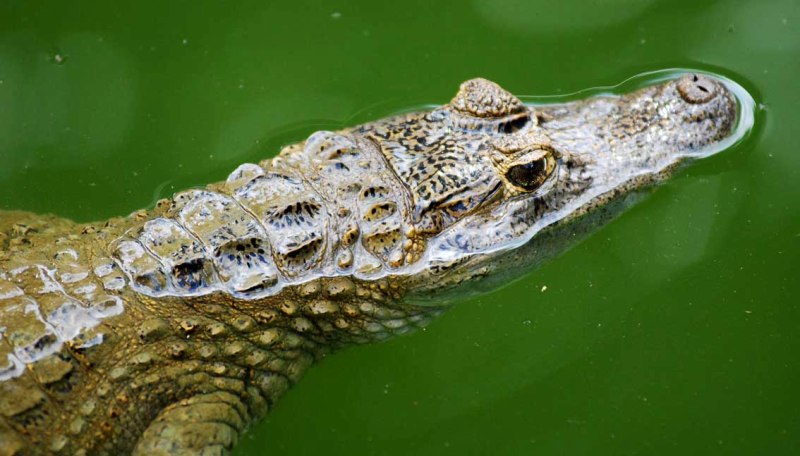 HAVANA TIMES, Nov. 30 — The caiman or crocodile, along with the great white shark, is one of Hollywood’s most famous animals. But it’s not the fault of this hub of film production that people look with certain a dislike or even fear at these enormous reptiles, which —except for one almost-extinct species that originates from Asia— usually don’t think twice about converting whatever is placed too close to them into a meal, including us.

In Caracas’s Parque del Este (East Park) I found one of the most aggressive on the planet: the Orinoco crocodile. To tell the truth though, I’m not quite sure if it was a male; but could anyone blame me for not going down into the moat for a closer look? Although I didn’t lack a desire to view it up close, from what I could see it seemed that it was full of tenderness (we all know that everything depends on how you look at things).

The Orinoco crocodile, the largest reptile in Venezuela is in danger of extinction, and I don’t know if they have ancestral relations with painted turtles that we buy in pet stores, but I do understand that these are in their daily feeding plan. There wasn’t any zoo worker nearby with whom I could ask concerning this curious detail.

Two different species amicably coexist in the moat; and judging by appearances, their relationship is not only friendly way, but also loving. 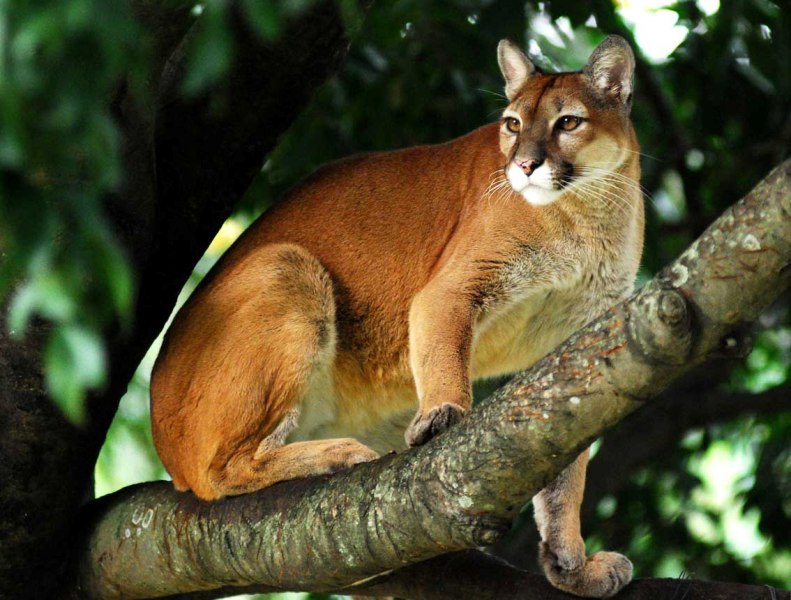 The mountain puma is another of those animals heading the list of ones subject to disappear. I found a female —this one I could in fact assure was a female— relaxing up in a tree. She was waking up from an evening nap, as far away as possible from a male hidden among aquatic grasses. Perhaps the dreams this puma had were pleasant, because it took quite a while for it to exhibit its savage side.

Although it pleases us people to observe these felines, more than the reptiles, just the same we still don’t stop when it comes time to exterminate them; nor do we keep in mind that we’re usurping the territory where they could develop – which, by the way, is a place where they lived well before us. Despite this, being able to watch it for several minutes was a real gift.