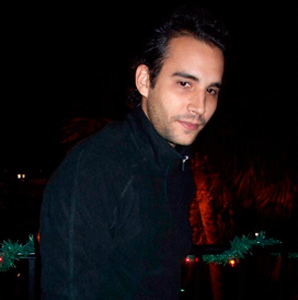 HAVANA TIMES — Blessed with mathematical genius, he has received several awards and currently publishes works related to his specialty in the United States. “I was a bronze medalist at the Hispanic University Students Olympics,” Roberto Bosch Cabrera told us during his interview for Havana Times.

HT: Where did you study your specialty?

Roberto Bosh: I graduated from the Faculty of Mathematics and Computation of the University of Havana in 2008. I was always drawn by mathematics, since the time I was a kid, but my passion began in the 10th grade, when I was selected to be part of a high-achievement classroom at Havana’s Lenin Vocational School. After completing the 12th grade, I took a special exam and started studying Mathematics in 2004.

HT: What is your personal philosophy regarding mathematics, the profession that has shaped the course of your life?

RB: My personal opinion is that it is the most beautiful science out there. I am a teacher, and this requires a lot of passion and dedication.

HT: What do you find beyond numbers and calculations?

RB: Curiously, you don’t deal with that many numbers in math. You work with more symbols and Greek letters than anything else. Generally speaking, you find a lot of rigor and abstraction in math.

HT: What can you tell us about the profession in Cuba?

RB: It doesn’t exist; it’s as simple as that. I don’t want to come across as pessimistic or dramatic, but, unfortunately, a mathematician cannot have any satisfaction in Cuba today, not academically, and far less materially. Everyone knows about the lack of Internet access, the scant scientific exchange with other countries, the lack of up-to-date materials and many other negative factors.

HT: Are you living abroad?

RB: Yes, I’ve been living in the United States for 5 years, though I’ve never lost touch with several teachers and friends in Cuba. I even thought of teaching at my facility, MATCOM, but it was impossible for bureaucratic reasons.

HT: Tell us about the books you’ve published and the topics you address in these.

RB: I recently published two books that are part of the Resolucion de Problemas (“Solving Problems”) collection. They are a thorough compilation of the Math Olympics in Cuba, at the high school and university levels. They were published in Spanish. It would mean a great deal to me if Cuban competitors were able to use them for training. I specialize in problem-solving in the broad sense of the term. You can find a lot of interesting and challenging problems in these books. I co-authored one of them with Rita Roldan, who was one of my thesis tutors.

HT: Are you working on any books now?

RB: The third volume of this collection is ready. This one will also be published in English and will be about the Fibonacci sequence. I try to break with the traditional approach to this topic, sharing a number of highly revealing and recent results (in Number Theory, for instance). I am also working on my fourth book, about planar geometry. It’s going to take some time. I’ve set out to carry out relatively serious research on this, and I have also tried to prove the most important theorems of Euclidean geometry in an agreeable fashion…but this is still something of a dream.

HT: Have you received awards in your specialty?

RB: Yes, while still a student, I received the bronze medal at the Hispanic University Students Olympics. I also received an award at a seminar-competition on the history of math, for my paper El legado de Paul Erdos (“Paul Erdos’ Legacy”), the most complete biography of the Hungarian genius written in Spanish.

HT: What can you tell us about Latino mathematicians in the United States?

One thought on “A Young Cuban Mathematician Making Waves”