“Making the most out of life”

HAVANA TIMES — Cuban writer Daina Chaviano is one of these untiring people who is always on the hunt for new ideas. In her first interview with Havana Times, the author tells us how she began her seasoned career as a Science Fiction writer, how she decided to leave her country of birth to settle in another country and how this new life in “unknown lands” influenced her work.

HT: When did you begin to write and what/who inspired you?

Daina Chaviano: I began to write when I was 9 or 10 years old. I had already read all of the classic fairy-tales (Perrault, Andersen, Brothers Grimm) and quite a bit of Greco-Roman mythology, as well as authors such as Verne and Poe. I began to discover the greatest books, but the stories I read left me with the hunger to imagine more. That’s how my first stories came to life.

HT: What was your life like as a writer in Cuba?

DC: In the 1980s, when I began my career as a writer, I didn’t have any clue about what the rest of the world was like, nor what people read elsewhere, due to the Cuban government’s strict controls on the media. I tried to get information about fantasy literature that was being written in the rest of the world, but there wasn’t a lot of information that reached the island, and it almost always entered via secret or personal channels: Cuban artists who traveled abroad, foreign writers who came to visit us…

That’s how I embarked on my own path, without even realizing it, and I began to experiment with hybridization of literary genres (something which seemed so daring for science fiction purists in Cuba 40 years ago that they criticized me more than once).

Today, this promiscuity of genres is beginning to become more widespread in certain regions of the world, but it was already a part of my writing style ever since that era.

HT: When did you know that you would leave your country of birth? I guess it must have been a hard blow…

DC: Everything began when I witnessed the Acts of Repudiation, supported and encouraged by the government, against Cubans who wanted to leave the country via the port in Mariel (1980). I remembered what I had read about Nazi pogroms against the Jews and I knew that this wasn’t the country where I wanted to continue to live.

For a decade, I tried to continue creating amidst that situation, but there came a time when I couldn’t put up with not being able to say what I felt anymore. The climate of absolute control surrounded me. I ended up getting tired and a man, who today is my ex-husband and continues to be my friend, encouraged me to take this step that we had already talked about. It was a tough and painful decision because I left my family and friends behind. But, 25 years later, I’m happy I did it. It was the best decision I ever made in my life.

HT: How did your departure influence your work?

DC: First, I had to learn what it meant to live in freedom and to have the responsibility to make decisions, before planning what to do and how to organize my life… something which can be terrifying for any Cuban born and raised under a regime that has never let you take any steps as a citizen without them ordering you or giving you permission first. It was a hard learning experience, but it finally allowed me to let go of my fears of everything. Now, I can enjoy what it means to explore the world and to set more and more challenging goals, not only in life but in my work too.

HT: Do you think your writing style has changed since then? If so, what changed? How is it different now?

DC: Obviously, the subject matter of my books has changed. While living in Cuba, the background of my stories used to be characters who wanted to find or escape something, to keep their independence or defend their right to act or think differently to others. Once I stepped foot into the world, this stopped being a goal, a dream or a possibility that I could only satisfy via my characters. In other words, it stopped being a spiritual and personal priority. 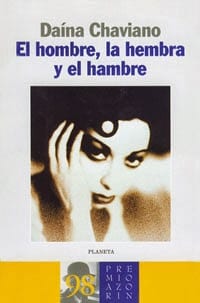 Having access to so many new books and authors or those who were banned in Cuba, I could learn historic stories about my own country that I used to ignore before. I discovered that I didn’t know anything about the country where I had been born and lived and I set out on the task of reorganizing these discoveries, also putting in certain passages about my life in Havana from a different perspective. Through fiction, I proposed to answer several questions: How did the Cuban nation come to be? What hidden or buried facts diverted us away from our objectives? What are the real psychological keys that move us? Why has what happened to us as a country occurred?

Up until now, I have published four of these novels: Gata encerrada, Casa de juegos, El hombre la hembra y el hambre and La isla de los amores infinitos. The last one will come out within the next few months. It will be the last in the series and I will begin exploring a new subject within my literary interests, although I won’t abandon the narrative elements that have always accompanied my work.

HT: What advice would you give to new writers who are on the rise and are interested in Science Fiction?

DC: It’s harder to write science fiction than it is to write traditional literature. As well as knowing how to structure and build a plot, science fiction involves the writer dealing with certain subjects that are not necessary in the slightest for a traditional writer.

That’s why I recommend that you don’t just master the art of narrating, but that you explore and investigate some specialized branches of knowledge. It isn’t about making your books scientific, sociological or ethnological works, but about keeping up-to-date with extra-literary subjects that you are interested in developing, call that hard science fiction, biology science fiction, diachrony, dystopia, cyberpunk, steampunk and any other variant with a name or not. All of this needs a formation that goes beyond just the profession of writing, which is already quite complicated as it is. So, you should get ready to investigate and study double what a traditional author would.

HT: Lastly, what does it mean to you to be recognized as one of the top three writers in the Spanish language within this genre and the most important in this same genre in Cuba?

I don’t know. The truth is that I’m not interested in thinking about these kinds of things. I’m more worried about exploring new subjects and places that give me interesting information, than speculate about what other people can think or say about my work. Life is getting shorter and shorter and I want to make the most of mine.

She has won numerous awards including the Anna Seghers (Academy of Arts in Berlin, Germany 1990); the Azorin Prize for Best Novel (Spain, 1998); the International Goliardos Prize for Fantasy (Mexico, 2003); the Gold Medal for Best Book in Spanish Language (Florida Book Awards, 2006, US); and the Malinalli National Prize for the Promotion of the Arts, Human Rights and Cultural Diversity (Mexico, 2014).