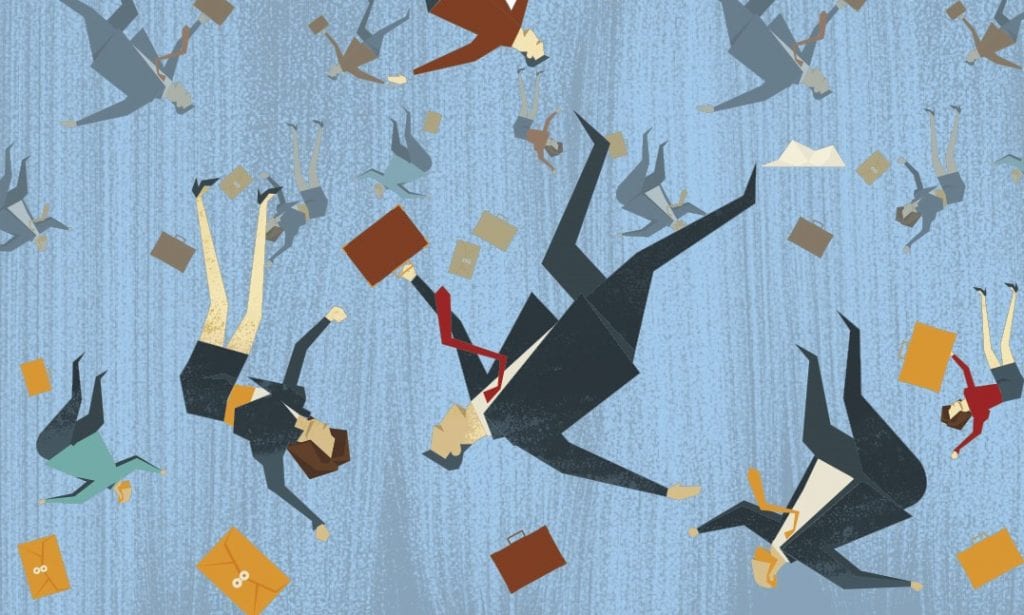 The flight of 28% of deposits, 30% of reserves have been lost, and credit contracted 13%

Government plans to increase taxes and contributions to social security (INSS), but there is no political agreement or resources from external sources, the economic crisis will only worsen

HAVANA TIMES – Each day that passes without the country reaching a political agreement, the economy becomes more depressed. Each time that a policeman acts as a bully, and not as a law enforcer, uncertainty grows. Each dollar that leaves the banks, each million dollars not invested, each loan that is not approved, and each job that is lost, confirm that, if in the country there is no political dialogue to find a solution, the nation will plunge in an economic debacle.

“Does an economic crisis overthrow a government? It depends on the depth of that crisis,” assures the economist Juan Sebastian Chamorro, Executive Director of the Nicaraguan Foundation for Economic and Social Development (FUNIDES), interviewed on Wednesday, in the new weekly edition of the program “Esta Noche” (Tonight).

“One can assert that an economic crisis of this magnitude should lay the foundations or create the incentives for a government that wants to think about the future of the new generations—and reduce the economic and social cost of Nicaraguans—to at least sit down at a National Dialogue table to find a solution,” added the expert.

The current and coming effects of this crisis are so devastating that Chamorro believes that they cannot be studied in textbooks or university classrooms. He says, citing figures from the Central Bank of Nicaragua (BCN), which show a minimum drop of the GDP from -4.0% to -4.5% in 2018.

“It is probably more, and by 2019, if the crisis is not resolved, we would easily be talking about a drop of -7.0% to -11.0%. And, that is because the BCN always tends to show more optimistic figures than ours,” he emphasizes.

Other elements that allow him to categorize the current situation as “extremely critical,” are the outflow of 28% of country’s private deposits; the loss of 30% of the international reserves, and the 13% contraction of the credit that bankers regret day after day.

“The financial system is having difficulties. December was a bad month, with the outflow of almost 5% of deposits,” said the expert, in reference to the equivalent to 189.3 million dollars that came out of the banks, of which 122.7 million were foreign currency.

“No textbook or economist from any university can tell you what happens when an economy loses 28% of deposits. There is no economic study to assess something of this magnitude,” says the Director of Funides.

Fear at the ministerial level

“All this indicates that we are facing an economic collapse of historical magnitudes… unfortunately, this is more difficult to see in a political context, and more when there are ministers who perhaps out of fear, or just to say yes sir, do not show the extremely critical reality to the president,” he added.

Speaking in January to the television program “Esta Semana” (This Week), former Supreme Court Judge Rafael Solis, gave a glimpse on how the relationship between the presidential couple and their ministers works. They know that “indeed, not everything is normal from the economic point of view,” but “they have not made the President and Vice President feel the dimension of the economic crisis and what they will be facing in the coming months,” he expressed.

The 43-year militant of the Sandinista Front and top government legal operative, said that “there are members of the cabinet who believe that the situation is manageable and that we can live in a situation in which economic measures are taken to face the lack of direct foreign investment, the flight of capital, a 2019 budget that is not funded and by reducing to a subsistence economy, the country can keep walking without reaching a catastrophe.”

Such an approach seems “very debatable, because there are others who tell you that when tourism, construction, commerce and the purchase of normal goods collapse, and there is a reduction to strictly consumer goods, there will be a strong reaction from the same people, aside from what it can mean in terms of unemployment, not only from the public sector, but also from the private sector, throughout 2019.”

The despair of the Government

Just as more than 450,000 families live in hardship after losing part or all of their source of income due to the crisis, the Ortega Administration also sees how their source of internal and external resources diminishes, which force them to reduce the 2018 budget by 9.2%.

“The more than obvious trend points to a drop in GDP, always hitting some sectors more than others. Figures, I do not have, but it can be inferred that, if the political crisis is not resolved, we will close 2019 with a greater contraction,” said an economist who asked to remain anonymous.

This expert said that “the Government does not have how to inject money into the economy, more so if the credit agencies close the tap. A tax reform and/or social security reform at this time, will be the coup de grace for large companies,” he warned.

His opinion coincides with that of the President of the Private Employers Council (Cosep), Jose Adan Aguerri, who told the media that he is aware that the Executive is preparing an increase in income tax withholding (IR in Spanish) and contributions “because the crisis has caused a fall in total revenues.” The proposal arrived this Monday at the National Assembly, with a presentation by the Minister of Finance and Public Credit, Ivan Acosta.

With the initiative, the regime seeks to raise the equivalent to 300 million dollars in 2019, and among other aspects, ordered the increase of payments in advance of the IR to medium and large companies.

Aguerri had warned last week that “a decision like that will only cause more unemployment. A company that already pays an advance of 1%, if it were raised to 2% (let alone 3%) in the midst of the crisis we are experiencing, would be left without any possibility of continuing to operate.

Although defending that decision, the Finance Minister recalled the principle that “those who have more, pay more, contribute more. It cannot be that the poor pay the cost of the coup.”

The director of Funides says that “we are seeing signs of despair with the proposed tax measures that we are hearing of.”

In an effort to increase tax collections, if the Government increases IR retentions, and passes from the current 1% to 3%, “it would break a large number of companies,” said Chamorro.

Apparently, they also intend to reform to the Law of the Nicaraguan Institute of Social Security (INSS), that was the trigger for popular protests.

“They are modifying it so that the increase in pensions falls on employers, as if the employers would not transfer this additional cost to the labor market, and they do so, supposedly, to avoid the political cost,” he explained.

Referring strictly to the discussion of the new increase to the minimum wage—process to which they were not invited this time—the President of Cosep cried out because “the measures taken by the Government shouldn’t be to transfer political costs to companies and workers of the private companies, with the purpose of not having to reduce expenses in the State, so as not to have to pay that political cost.”

Aguerri declared that the representatives of the Government and unions “have to adhere to the Minimum Wage Law that has been worked over the years. If there were a readjustment greater than one digit, the only thing that would be achieved is the loss of more jobs,” he said.

Juan Sebastian Chamorro insisted that liquidity problems suffered by the Ortega Administration are causing hasty reforms, such as the increase in electricity rates. “If (these reforms) are made without due consensus, they will rather come to generate greater discontent on the part of the population,” he assured.

The economist believes that the “really tough” situation faced by the Government, “should make them see the importance of finding a solution to the problem that is not economic, but political,” which includes negotiating basic electoral reforms for free, transparent, verifiable and early elections.

“Once the new authorities are established, they would have to undertake a structural reforms plan that will allow the country to return to the path of growth. This is possible if first a sincere National Dialogue is first achieved that can solve the political problem that generated the crisis,” he stated.

Addressing the content of these reforms, Nestor Avendano, Executive Director of Consultants for Business Development (Copades) of Nicaragua, emphasized the need to make an economic adjustment, “which is equivalent to reducing consumption and investment, for the foreseeable fall of external savings, mainly from resources coming from foreign direct investment and from multilateral cooperation.”

The economist says that “we find ourselves on the edge of an economic, financial and social precipice. Falling into it would mean the collapse of the fixed investment spending (construction and acquisition of machinery and equipment) and consumer spending of households, economic depression, rising unemployment and underemployment, falling revenue, and the inexorable reduction of public consumption spending,” he enumerated.

Also, “a severe contraction of the money supply to temporarily reduce the speed of the fall of international reserves, the devaluation of the Cordoba in the market, the acceleration of inflation and the impossibility of seeking support from the International Monetary Fund (IMF) to subscribe a new program of economic adjustment and structural reform. In this scenario, practically the only flow of financial resources would be family remittances,” he said.

The analyst believes that “we Nicaraguans can face these problems only with dialogue, peaceful and negotiated solution,” that will help reduce “political uncertainty and distrust of the economic agents, because at present a peaceful and negotiated solution of the political problems is not foreseen,” in addition to the increased risk of investing in a country whose leaders sleep under the Damocles sword called the Nica Act.

For our readers who understand Spanish: