HAVANA TIMES, August 18 – Perhaps Ernesto Pacheco, known by neighbors as “the lighthouse keeper,” has never heard a certain song by Joan Manuel Serrat; the Catalonian-born singer dedicated it to a woman with the same name as Ernesto’s wife: Lucia.  Even if he has not, the lighthouse keeper is no less romantic – to the contrary.

Living a simple life, this couple has found harmony.  They are united by bonds as immense as the sea itself.

Ever since I was a little I’ve been intrigued by lighthouses.  Those tall and solitary towers – close to the sea, caressed every so often by the salty spray – seemed to present too much happiness for a little girl, an unattainable happiness.

Yet traveling the miles that brought me nearer to the Punta de Maya Lighthouse, in the Cuban province of Matanzas, I was reminded of the sadness I later felt as I grew up seeing movies whose troubling plots unfolded on small islands or near lighthouses.

I know that it seems contradictory, but this is exactly what I felt when I visualized the 32-meter-high light-tower.  My chest filled with a host of emotions that were difficult to explain.  To better understand this, I spoke with the people who live there.

Lucia Leon is the wife of the lighthouse keeper, the person in charge of the beacon.  She had wished for a life that united the two lovers of mystery, each gifted with the ability to appreciate small things.

How long have you lived here?

I’ve been here for 17 years.  I got married and came straight here with my husband.  Prior to that, I lived in the city of Matanzas.

How did you adapt?

Very quickly.  I didn’t have any problem.  I had already been here before, and I was familiar with the place.  Ernesto is the son and the grandson of lighthouse keepers.  His family has served in lighthouses across the width of the island – from Pinar del Río to Santiago de Cuba provinces.   Before getting married I already knew that I would have to come here so that he could carry on the tradition.

Were you ever afraid, being so removed from civilization?

Fear? Why?  I like solitude.  This is a peaceful place, especially in the winter.

What influence do the seasons have?

Well, for me, I don’t like summer a lot, it’s too hot.  A lot of people come here to swim or to dive.  This area has coral reefs, and nobody wants to miss out on them.  Cubans, just like foreigners, come to enjoy them.  They bother me a bit, but it’s not all bad.  You see, what fascinates me during that season are the butterflies that appear and disappear.  They’re different colors and sizes… I entertain myself observing them and showing them to the girls.

And in the winter?

You have to experience it, the air is purer.  The sea carries many things onto shore; for example different varieties of seeds that I like to collect, as well snails that are good for decorating my home.

What other things have you seen carried in by the sea?

Once we found several crates of apples.  It was funny to eat fruit that was not grown in Cuba, given to us by the sea. They were like Christmas presents.  One other day there were inflated balloons, they came in droves. I don’t know from what ship they must have escaped, they were all different colors.  It was like a fiesta when they blew in and covered the shore.  We were also lucky to find an underwater camera that still worked.

The images you describe are like watching a children’s movie, but I imagine that not everything is so rose colored.  Do you have any sad memories?

There’s a somewhat strange story I’ll always remember and that still causes me tremendous distress: one day the sea swept in the body of a little girl.  An investigation was conducted and it was discovered that a couple had set out to sea in a makeshift raft with the aim of leaving the island.

It seems that the sea played them a bad hand.  The family of the girl was from Havana, and they had spent several weeks awaiting news and trying to find out if she had made it.  The uncertainty that those people experienced was exasperating, until one day the sea decided to return her body.  It’s not that it was a happy ending, but at least they now know what happened. It was a relief for these people to find out, although it was with mourning.

Did you ever meet Emelina, your husband’s grandmother?

I really would have liked to, from what Ernesto tells me about her, but I never did; by the time I got here she had already died.  She was the first female lighthouse keeper in Latin America.  Emelina Lopez was a great person; those who remember her do so with love.  We’ve held onto a certificate here that the Navy of the Revolutionary War gave her for all her years of service. I know that she too adored the sea and this life so full of melancholy and surprises, just as she loved her husband, because you have to love a man a lot to live with him so removed from society, from your family.

Have you mastered the work of the lighthouse?

Sure, it’s not difficult… keeping the communications equipment clean, keeping an eye out for vessels or drug shipments – in short, protecting the area.  It’s necessary to warn of anything strange.  I do all the work when Ernesto gets sick.

But that’s not your regular job is it?

No, I’m the public relations director for the Campismo Popular (a vacation resort for Cubans) that’s close to here.  I studied electro-physics, but when I came here I had no other alternative, with this place being so remote.  Fortunately the Campismo center is situated only a few steps from the house.

Now that you mentioned your home, how many children do you have?

Do you believe that your daughters are as happy as you are, living in the lighthouse?

Good question. I think so; at least we try to make them happy.  We would like for them to live here forever, but there’s no way that we can force them to.  For the time being they like it here, but who knows if in 10 years they’ll want to leave or stay.  I don’t think that even they can answer that question.

Talking with Lucia I understand that happiness is indeed attainable. Sometimes it’s right in front of our eyes and we don’t even see it.

From her vintage home, lined in stone, she knows that what’s important is to live with love.  This is why she doesn’t neglect the plants she grows in the portal that leads to the communications office, where the radio transmitters are located; she says they keep the ground from drying out and cool the surroundings.

Ernesto watches his smiling wife, as if he is thinking that Lucia’s presence alone is enough to make the heat, solitude and even the fatigue of daily work all disappear. 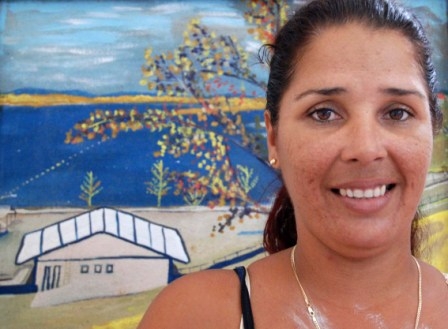 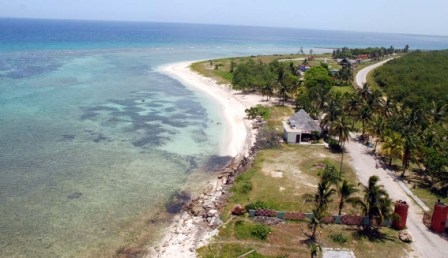 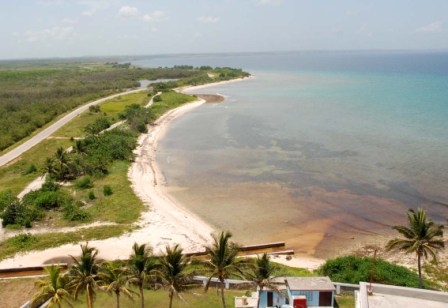 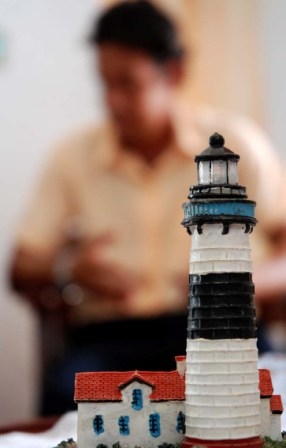 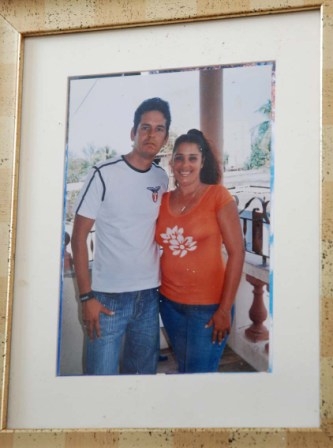 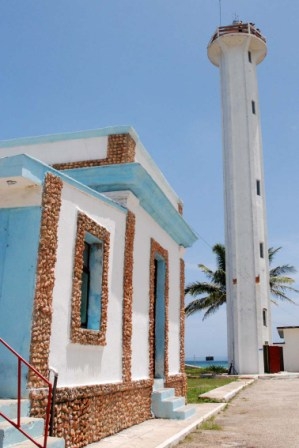 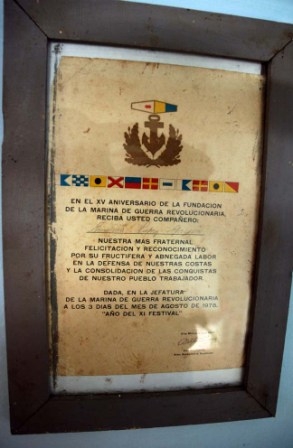 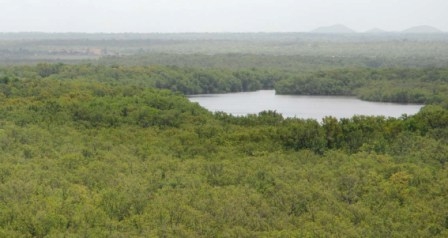 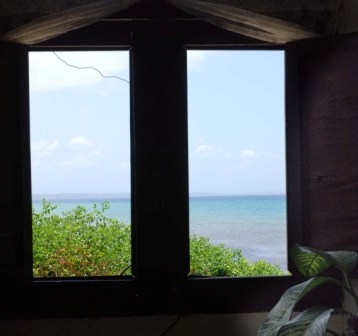 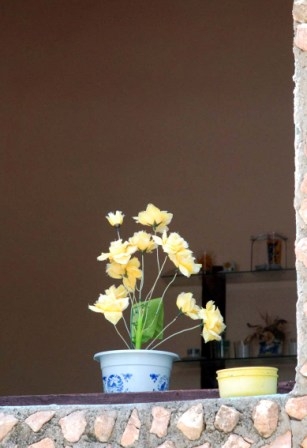 One thought on “This Song Is For You Lucia”