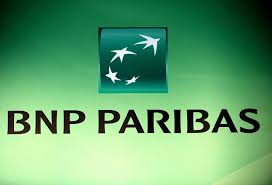 HAVANA TIMES – The Cuban government has condemned the record fine that the United States applied on the French bank BNP Paribas for conducting transactions with the island and criticized European laws for being powerless before the US embargo on Cuba, DPA reported.

On Monday, US authorities applied a record fine of nearly 9 billion dollars (6.6 billion euros) on BNP Paribas for doing business with Cuba, Iran and Sudan, in violation of commercial sanctions imposed on these countries by Washington.

The United States justified the sanction invoking the fact the bank also operates on US soil. Reportedly, BNP Paribas has conducted transactions with Cuban entities for a total of some 1.7 billion dollars.

The fine “violates international law and is an extraterritorial and illegal application of US legislation on a foreign company,” Cuba’s Ministry of Foreign Affairs declared yesterday in a note published the official newspaper Granma.

“One could ask (…) what use Europe’s regulations and laws have when they cannot be used to protect (European) sovereignty and national interests and those of the entities affected by such arbitrary measures,” the note added.

Cuba also accused Barack Obama of “outdoing all of his predecessors” in the White House in terms of sanctions related to the embargo Washington has been applying on Cuba for more than fifty years.

The Obama administration has accumulated “fines applied on hundreds of different entities that together exceed the sum of 11 billion dollars,” Cuba’s Foreign Ministry declared.

Washington applies fines on US and foreign companies or entities operating in the United States that violate embargo regulations and maintain any kind of commercial dealings with Cuba.

The sanction imposed on BNP Paribas is the largest ever applied on a foreign entity operating on US soil. The sum is greater than the French bank’s profits for all of last year.

The fine is “a strong message to any institution anywhere in the world, that does business with the United States, that illegal conduct will simply not be tolerated,” said Attorney General Eric Holder on announcing the fine in Washington on Monday.

9 thoughts on “Cuba Criticizes Europe for Leaving US Embargo Unchecked”