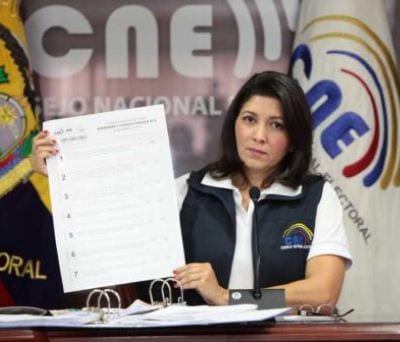 HAVANA TIMES – Ecuadorian authorities began on Friday the distribution of the ballots that will be used on February 4 in the referendum that the government of Lenin Moreno put forth on constitutional, economic and environmental issues.

1) Do you agree with the amendment of the Constitution of the Republic of Ecuador, so that it sanctions all persons convicted of acts of corruption with their inability to participate in the political life of the country, and with the loss of their property?

2) Do you agree to guarantee the principle of alternation to amend the Constitution of the Republic of Ecuador so that all the authorities of popular election can be re-elected once for the same office, recovering the mandate of the Constitution of Montecristi and nullifying the indefinite re-election approved by amendment by the National Assembly on December 3, 2015?

3) Do you agree to amend the Constitution of the Republic of Ecuador to restructure the Council of Citizen Participation and Social Control, as well as to terminate the constitutional term of its current members, and that the Council that transitorily assumes its functions has power to evaluate the performance of the authorities whose designation corresponds to him, being able, if the case, to anticipate the termination of his periods?

4) Do you agree to amend the Constitution of the Republic of Ecuador so that they never prescribe sexual crimes against children and adolescents?

5) Do you agree to amend the Constitution of the Republic of Ecuador so that metallic mining in all its stages, in protected areas, intangible zones and urban centers, is banned without exception?

6) Do you agree with the repeal of the Organic Law to avoid speculation on the value of land and taxation, known as the “Capital Gains Law” ?

7) Do you agree to increase the intangible zone by at least 50,000 hectares and reduce the area of ??oil exploitation authorized by the National Assembly in the Yasuní National Park from 1,030 hectares to 300 hectares?

Former president Rafael Correa is the main driver of the “No” vote to the consultation and even returned from Belgium, where he now resides, to Ecuador to campaign. The current president Lenin Moreno heads the “Yes” campaign.

The differences between Correa and Moreno are of part of the strong internal dispute in the governing Alianza País (AP) movement, whose members are divided between those who support Moreno and those who support Correa.

For the transfer of the ballots, the National Electoral Council of Ecuador mobilized 33,000 soldiers, who will then be in charge of guarding the votes cast.