From the Nicaragua Center for Community Action (Nicca) 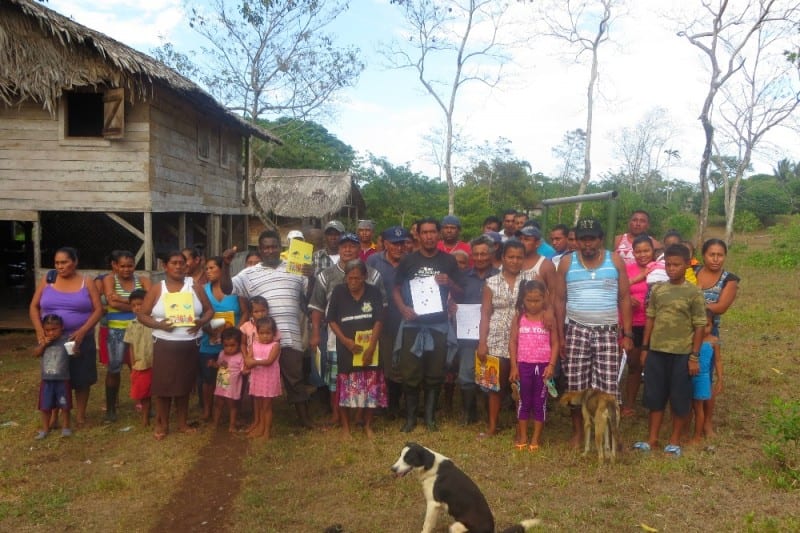 HAVANA TIMES — The Rama-Kriol peoples, a small, indigenous group living on the Caribbean Coast of Nicaragua, are among some of the most vulnerable people in the world. They live in fear of loss of their land and cultural identity and of an uncertain future because they are in the path of a proposed mega-project—the Nicaragua Trans-Oceanic Canal, a potential environmental and economic disaster.

Land confiscation efforts have begun, which will lead to forced displacement from traditional territories of the entire indigenous Rama community of Bankukuk Taik, whose people are among the last speakers of the Rama language. Some leaders have been pressured or corrupted into signing dubious agreements without full consultation of the community as required by law.

Working tirelessly under extremely difficult conditions in this very remote area of Nicaragua, the Center for Legal Assistance for Indigenous Peoples (CALPI) defends collective property and natural resources rights guaranteed by national and international law.  CALPI is now assisting the Rama-Kriol people and the Creole Community of Bluefields with a petition brought before the Inter-American Commission on Human Rights (IACHR) demanding that the state of Nicaragua reach Free, Prior and Informed Consent (FPIC), as required by its constitution, before continuing with land confiscations and building the Interoceanic Canal.

CALPI is conducting a campaign to raise funds for the following purposes:

We invite you to join in providing financial help to Maria Luisa Acosta Coordinator of the Center for Legal Assistance for Indigenous Peoples (CALPI), which has given legal counsel and representation since 1996 to indigenous and Afro-Caribbean communities living in autonomous regions of the Caribbean Coast of Nicaragua.  The CALPI web site is: http://www.calpi-nicaragua.org

To help provide the funding needed, the Nicaragua Center for Community Action (Nicca) has initiated a GoFundMe campaign: https://www.gofundme.com/2macy5f8