HAVANA TIMES, Oct. 2 — An exhibit of paintings and poems on Cuban butterflies — all created by a notable artist — was recently inaugurated in the Museum of Natural History in Havana. 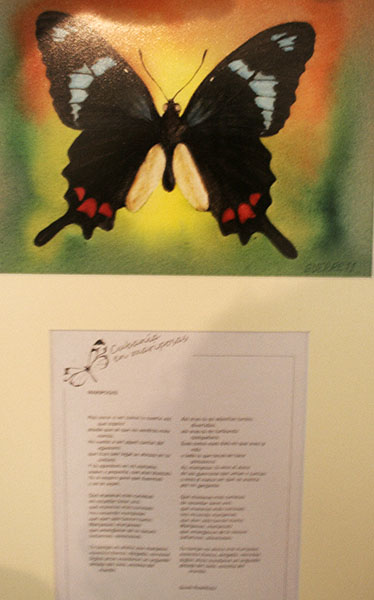 The work is by no less than Antonio Guerrero Rodriguez, one of the five Cubans imprisoned in the United States for infiltrating terrorist groups in southern Florida in an effort to prevent the continuation of actions that had cost the lives of thousands of innocent Cubans and citizens from other countries, including the US.

The Cuban Five were arrested on September 12, 1998, and after a lengthy trial plagued with irregularities they were convicted and handed disproportionately long and unjust sentences that range from 15 years to two terms of life imprisonment plus 15 years.

Over the 13 years that Antonio Guerrero has spent in prison, he has written several books of poems and has produced entire collections of drawings and paintings.  Standing out among those images are paintings of birds from Cuba and across the Caribbean.  However in addition to those works are the paintings of Cuban butterflies that are now being exhibited.  Beneath each painting on display is a poem related to the particular illustration.

One of the Cuban Five, Rene Gonzalez, is due to be released from prison on Friday Oct. 7th.