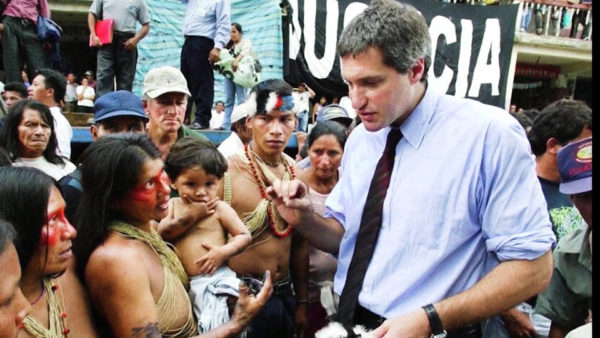 HAVANA TIMES – In New York, environmental and human rights lawyer Steven Donziger is being sentenced today after over two years under house arrest on pretrial misdemeanor charges. He has been targeted by Chevron ever since he successfully sued the oil giant in Ecuador on behalf of 30,000 Amazonian Indigenous people for dumping 16 billion gallons of oil into their ancestral land.