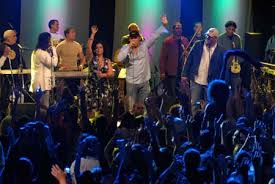 HAVANA TIMES — The popular Cuban band Los Van Van will celebrate its 45th anniversary with a tour across the country, which began on Saturday in the town of Artemisa, according to the Cuban Institute of Music.

The presentations in the eastern region will take place on August 11, 12, 14, 15 and 17 October in Las Tunas, Holguín, Bayamo, Manzanillo and Guantanamo, respectively. The tour is scheduled to close with a concert in Santiago de Cuba.

Juan Formell, the legendary Los Van Van bandleader, recently died, which was considered a blow to the national culture.