US affirms that Daniel Ortega’s government never requested an extension of the Temporary Protected Status for the over 5,000 affected Nicaraguan immigrants. 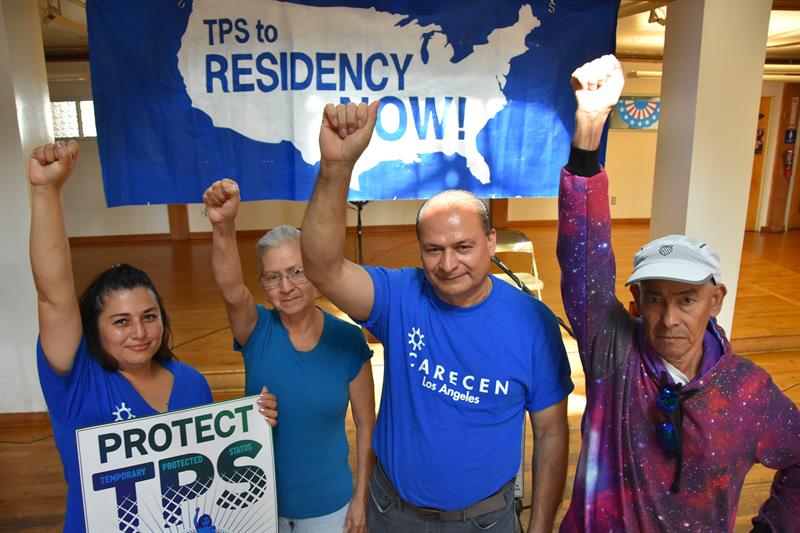 HAVANA TIMES – The Trump administration has ended the Temporary Protected Status (TPS) for Nicaraguans, leaving more than 5,000 Nicaraguan immigrants in limbo. The status was extended for six months for Hondurans, although they remain under the threat of losing these protections. The decision was announced on Monday, an obligatory deadline since the TPS for these two countries is due to expire in 60 days, next January 5th.

The TPS migratory program was created in 1990.  Under this program, the U.S. can extend special permits to residents of countries affected by war or natural disasters. In the case of Honduras and Nicaragua, the US granted Temporary Protective Status almost two decades ago following the devastation caused by Hurricane Mitch in 1998.

On behalf of the Trump government, Elaine Duke, interim secretary of the Department of Homeland Security, announced that the conditions that led to granting Temporary Protective Status for Nicaragua “no longer exist” and as such, the program “should be terminated.”

She also noted that the government of Daniel Ortega had not requested of the United States any extension of said program.

The decision will not be effective immediately; the definitive end of TPS for Nicaraguans will take place in one more year, on January 5, 2019, so as to “allow an orderly transition” for the 5,349 beneficiaries, so they can request “an alternative status” or “prepare their return and reintegration” into their country of origin.

In the case of Honduras, the decision was a relief for the more than 86,163 beneficiaries of the program who feared that their future would be similar to that of the Nicaraguans.  The United States government, however, maintains the threat of ending the program in the next few months.

For the moment, Trump’s government extended the program for 6 additional months for Hondurans; it will be reviewed once again before July 5, 2018.

Duke justified this extension “due to the lack of definitive information regarding (current) conditions on the ground compared with those before Hurricane Mitch.”

“Nonetheless, given the information at our disposal, it’s possible that the TPS designation for Honduras will be terminated, with the obligatory delay for transition, at the end of the automatic six month extension period,” noted the Homeland Security official.

In the last few years, the TPS beneficiaries have seen their permits automatically renewed for 18 month periods at a time. Now, however, the government of Donald Trump has decided to reevaluate the conditions that justified the program.

Last week, the State Department, which had been charged with this analysis, recommended putting an end to TPS for both Nicaragua and Honduras. They also recommended ending TPS status for Haiti and El Salvador, programs which have benefitted 58,706 Haitian immigrants and 263,282 Salvadorans. The government will be making a decision in the upcoming weeks about the status of these two countries.

In the case of the Haitians, who were granted TPS status following the catastrophic earthquake of 2010, their permits expire next January 22; in the Salvadoran case, their status, granted after the 2001 earthquakes, expires on March 9, 2018.

In total, 413,500 Salvadorans, Hondurans, Haitians and Nicaraguans are benefitting from Temporary Protective Status.  According to data from the Center for Migration Studies, more than half of these immigrants have been in the United States for over 20 years. During this time, they’ve given birth to 273,200 children, all of whom are US citizens.

In the decision announced today, Duke asked Congress to seek “a permanent solution for this temporary program,” in recognition of “the difficulties faced by the Nicaraguan citizens and potentially those of other countries.”

The fact is that the TPS doesn’t include any path towards permanent residency or any other regulated migratory status. As a result, upon the loss of their permits its beneficiaries would have to return to their country of origin or become undocumented immigrants, subject to deportation.