Confirms beatings and torture in prison. “We were virtually buried alive” 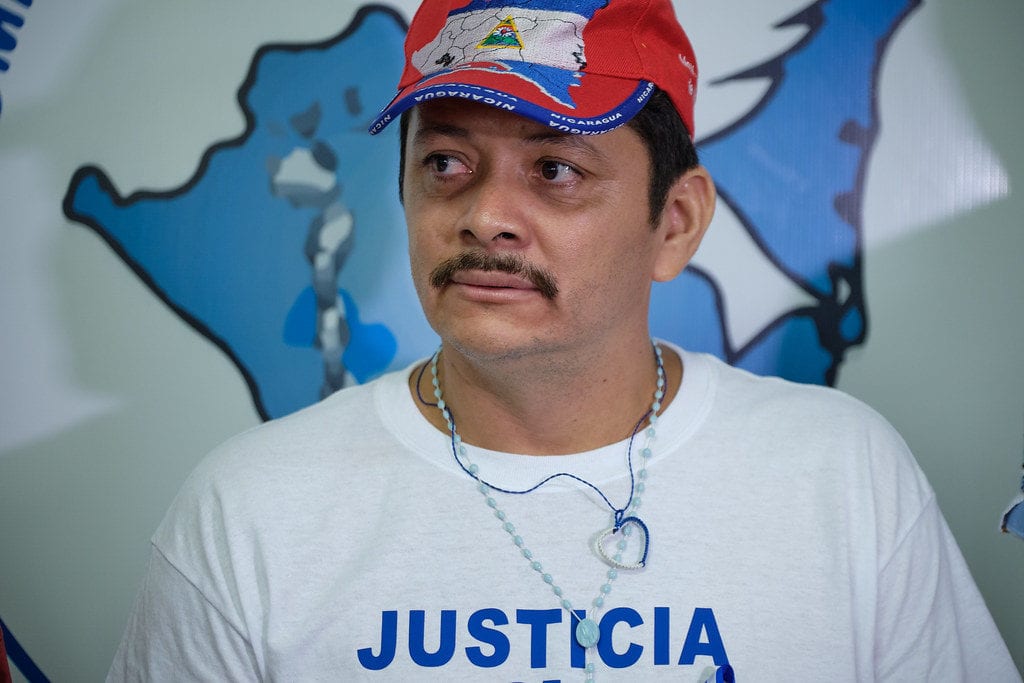 “I Have No Grudges, My Heart Is Clean”

HAVANA TIMES – While peasant leader Medardo Mairena was being tortured in the cells of El Chipote, his torturers said they would stop the torture, offering him a deal as long as he agreed to collaborate with the dictatorship and record a video claiming that the Nicaraguan Bishops Conference had financed and set up the barricades across the country.

The peasant leader, released on June 11, along with 55 other political prisoners, denounced the torture he lived in custody in the first press conference he gave after being released.

Mairena was detained in July 2018 while trying to board a plane for a speaking tour in the United States.  He was taken to Police Station 6 where police officers kicked and beat him into a patrol car so that he could be taken to the dreaded cells of El Chipote. “When they took me to El Chipote, my face was covered with a ski mask and hancuffed, they left me in a room for hours and all the officers who passed by hit me on the head with their fists,” Mairena said.

Mairena said that he was taken out of his cell in El Chipote up to three times during the night for interrogations. They repeatedly asked who financed him, why was he an opponent of the Government, etc. 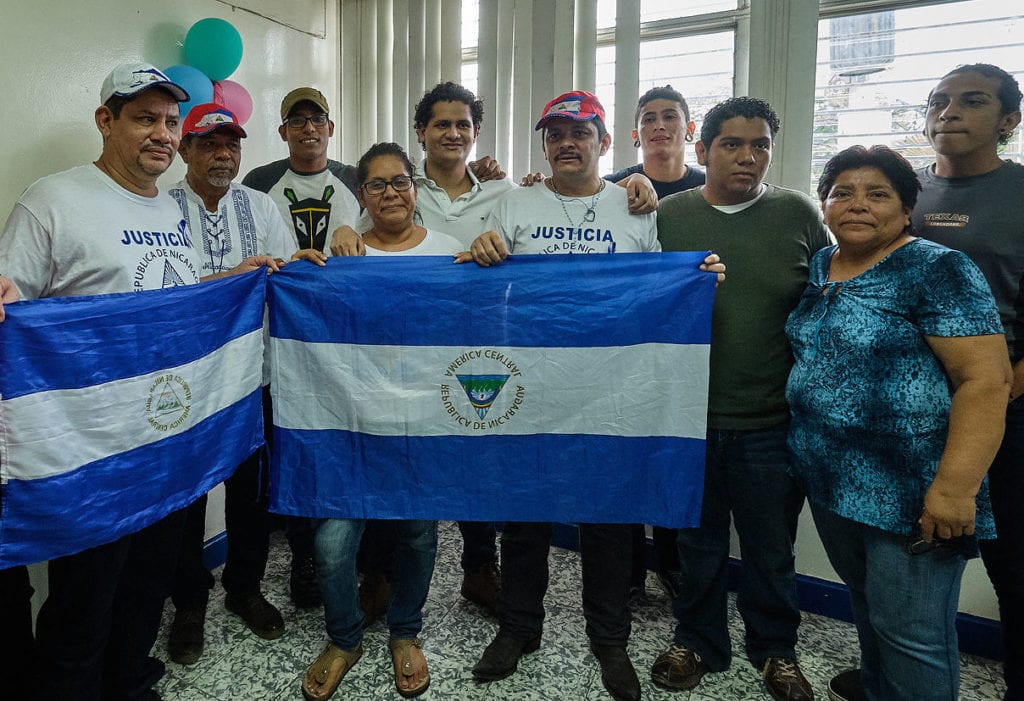 “When I flatly denied, they threatened to hurt my three-year-old daughter. They told me that the next time, they would show me pictures of my daughter in pieces. So what I did was to entrust my daughter to God,” said the peasant leader who spent 11 months in the prisons of the dictatorship.

In La Modelo, “I was virtually buried alive,” says Mairena. “The cell was small, isolated and I couldn’t distinguish between day and night,” he said.  The peasant leader said that he would not wish what happened in that prison on any human being. “These cells are not made for humans, they prevent you from having any contact, you lose all sense of time,” he explained.

The Struggle against the Canal Project

Mairena became known as a national leader in the Anti-Canal Peasant Movement, which has been fighting since 2013 for the repeal of Ortega’s Law 840, which handed Nicaraguan sovereignty over to Chinese businessman Wang Jing for the construction of an Interoceanic Canal. The law allows him to throw peasants off their lands.  “The deadline for Wang Jing to show that he can build the channel was the June 13th, and while he never got the money (to build the canal), I see that what the government did was use Wang Jing as a front to take away our land,” said Mairena.

“As long as Law 840 continues in force and is not repealed, it remains a threat to us,” Mairena said, declaring that he will continue to fight to repeal the law.

The demand for early elections

The peasant leader said he will continue in the struggle until there is democracy and the rule of law in Nicaragua. “We have to ask for early elections and we will not stop until we achieve that,” said Mairena.

“It is difficult to adapt to prison conditions, but it is not impossible,” said Mairena, adding that “This government must realize that we were not born to be on our knees or to live in fear.”  Mairena announced that in the coming days he will meet with representatives of the Civic Alliance to evaluate his reincorporation into the group. He said he is willing to participate in negotiations with government representatives because he has no hatred in his heart. “If it is for the good of my country, if it is to avoid a conflict that is good for nobody, I will sit down with them, I don’t hold any grudges, my heart is clean,” said Mairena.

The Civic Alliance denounced the fact that the government still has 86 political prisoners and said it hopes they will be released by June 18th at the latest, as promised in the national dialogue agreements.