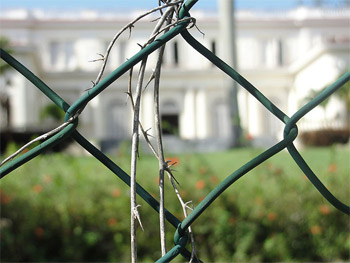 HAVANA TIMES — On several occasions, Cuban President Raul Castro has stressed the importance of changes in people’s mentality, as an objective of the Communist Party but considered one of the most difficult to achieve.

Among the various statements by President Castro, who is also the first secretary of the Cuban Communist Party, we can point to these words expressed at the close of the Sixth Party Congress on April 19, 2011:

“In order to succeed, the first thing we need to change in the life of the Party is its mentality, which as a psychological barrier will, in my opinion, be more difficult to overcome for it is tied to many years of repeated dogmas and obsolete criteria.”

That party congress was devoted entirely to the economy in an effort that has been called “updating Cuba’s socialist model,” which means undertaking a reform process that gives more space to the market, expands self-employment and other forms of ownership (including private small, medium-scale and cooperative enterprises) – all without dismantling the broad base of state ownership considered essential for socialism.

If we mention the state as an economic category, the image that comes to mind among most Cubans — especially those men and women now with gray hair — is that of the classical form of socialism that emerged after Lenin led the Bolshevik Revolution.

Therefore, as we delve into the dilemma of “obsolete dogmas and criteria,” we turn to Hugo Chavez, the self-declared disciple of Fidel Castro and a close friend of revolutionary Cuba.

The Venezuelan president speaks constantly of “socialism of the 21st century.” He doesn’t venture into the difficult paths of economic theory, but instead concerns himself with achieving the greatest degree of social justice for his people, together with the greatest amount of solidarity in all spheres.

Clearly, the former socialist systems (referred to by many as “real socialism”) failed in Eastern Europe and the USSR. Some disappeared earlier and others later, with the countries that survived that extraordinary social experiment having had to implement reforms that have marked them forever, even in Cuba now, by the introduction of market mechanisms.

This gives the appearance of the return to the capitalist past, though without losing the power of the workers, symbolized by the retention of the single-party state and Marxist-Leninist ideology, each with the particular imprint of the recognized founders in each nation.

In Venezuela, what we might tentatively call “emerging socialism” arose in the new millennium as a part of a variation in reverse: a typically Third World form of capitalism and political system, but with the help of immense oil resources.

The task of Chavez has been to shore up his existing regime, consolidating state ownership and control over the strategic oil industry while at the same time creating new public enterprises and more equalitarian ways of distributing the wealth in the hands of the state.

Where are we going? Where must we go? A certain logic points to a confluence between the Venezuelan effort and the Cuban model. Without losing what has been won, destiny seems to be privatization or cooperativization — with endmost social and public controls, to the degree possible — of most services and in certain areas of production.

Why do I say confluence? Because we want our Venezuelan friends to avoid falling into the absolutism of the government taking over the operations of barbershops, fruit vendors, the owners of small restaurants and many other small and medium sized businesses, which became as poorly managed and un-productive here in Cuba as in other parts of the collapsed socialist system.

The popular feelings and views of Cubans point in the direction of the acceptance of market mechanisms, as was corroborated by tens of thousands of views expressed during the mass discussions prior to the Sixth Party Congress. 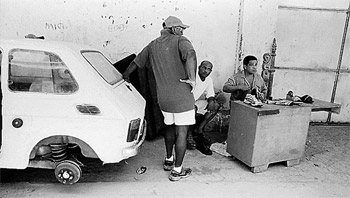 These assessments enriched, changed and/or modified the so-called “Guidelines,” as regulations governing the changes in Cuba’s economic system.

Now we can perceive a willingness to see the fulfillment of what was agreed upon based on a thorough knowledge and appreciation of our situation.

This is a great step forward but we are running up against the necessary “change of mentality,” seen in advance as the “grand obstacle” to the long journey in front of us.

A review of the opinions expressed by Granma readers, published every Friday, is tremendously illustrative of the difficult present debate that is taking place in Cuban society.

In these pages, one woman complained about how, when her cell phone was having problems with the keys, she went to a government repair center that proved useless.

Someone in the street then recommended a self-employed worker, who wound up fixing her phone in just seven minutes – and even included a warranty on the work. The woman ended up wondering how the government has the luxury of losing customers, its credibility and income.

What’s interesting is that disgust and disappointment are highlighted by Granma only to reinforce the preconception that the matter should have been taken care of by the central government and not by the independent worker.

Reviewing other points of view, another opinionated reader recalled how decades ago neighborhood Committees for the Defense of the Revolution (CDRs) would collect salvageable materials voluntarily, without the incentive of money. This person then wondered if such activities are no longer carried out by that grass roots Cuban organization, the only one of its kind in the world.

But what has become equally popular is for individuals — mostly very low-income people — to collect recyclable materials (glass bottles, cardboard, paper, aluminum cans, nonferrous metals and others), which they can sell to establishments set up by the government for that purpose.

Obviously, these newly demonstrated non-exploitative “market mechanisms” (too often identified with capitalism) have proven themselves successful. Therefore the decisions of the CDRs (to stop the volunteer collections) were logical and they simply directed their efforts into other activities or considered different objectives within the area of recyclable materials.

New times require a change in mentality. They demand and necessitate the change of “outdated dogmas and criteria.”

Cooperatives as both de-centralized and market sensitive

Sometimes a reader will unintentionally respond to the concern of another one, showing a real chance of breaking old patterns of thought and action.

This was the case with a complaint concerning automobile repair shops. It is very common for there to be no spare parts “on the shelves.” Nevertheless, mechanics supply them “under the table” and offer them at different prices.

Similarly, if the client wants the work done quickly and efficiently, they have to pay a “mandatory tip,” something like a private rate for the mechanic’s labor.

However, this last case prompted reflection on the part of the reader, who wrote: “This practice of our repair shops operating like private businesses has gone on for years. They use the facilities, resources and the state-owned equipment for their private interests, which makes me wonder: Wouldn’t it be better to convert these shops into cooperative enterprises? 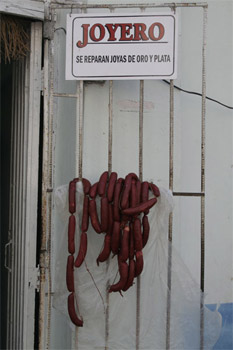 The solution isn’t one of reiterating the “dogma” about the need to increase efficiency (by goading or by magic?) in those same repair shops, which for decades have been unable to meet people’s expectations.

What is required, as the reader logically concluded, would be to “change everything that needs to be changed” (to quote Fidel’s notion of revolution) in all establishments and marketplaces throughout country.

It’s both shameful and alarming how an endless line of production and service facilities, working with government resources and even with their own employees investing their own money to maintain or expand the supply of goods and services, end up splitting the profits and reporting a only a portion of their earnings to the state enterprise under which they operate.

In effect, and in front of the “blindfolded” eyes of those who should prevent these actions, they have turned their establishments into the forerunners of cooperatives, though somewhat distorted by circumstances.

Another frequently repeated practice is to produce more goods using fewer materials, taking what is saved as their own. In one bakery, they make three hundred loaves of bread with the ingredients for making two hundred, consequently reducing the quality of the product. The hundred “extra” loaves are transformed into extra income for those involved.

Currently we’re seeing what is to be expected; the question that remains to be answered is whether the expressed will that has been synthesized into the “Guidelines” is going to be executed and completed by additional steps that are necessary to move toward market sensitive non-exploitive forms of production (independent cooperatives) and away from an inefficient state dominated economy.

Still, a key question remains: Dare we cooperativize bakeries that today are unable to give us even moderately good bread?

A new phase of the grand experiment

Granma (the official organ of the Communist Party of Cuba) is now publishing articles that call for a change in mindset, one of which was by journalist Felix Lopez who wrote:

“With all its virtues and defects, the current environment is very different from what it was two years ago – and for the better. The statistics and popular opinion say that 66 percent of Cubans who now operate self-employed business were previously unemployed. Family incomes, in many cases, are beginning to advance favorably.”

A good part of those who have negative opinions concerning the changes towards reduced state domination seem to be forgetting our reality out of their eagerness to live in the past. They are mentally entrenched, perhaps because in most cases they lack the imagination, initiative or resources to become a part of the new forms social-economic operation.

A new phase of this grand experiment has been set into motion, though admittedly short on definitions and continually repeating the slogan “Socialism of the 21st Century.”

What is yet to be seen is whether the changes will lead to a level of production that realizes what the early founders of the socialist ideal had in mind, one repeated in the old Soviet primer The Fundamentals of Political Economy, which proclaimed the essential objective as being “the satisfaction of the ever growing needs of the population.
—–
Vicente Morin Aguado can be contacted at: [email protected]