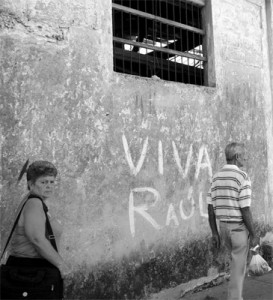 HAVANA TIMES, Dec 6 — Recently I’ve been reading up on the social sciences in Cuba more than usual. In addition to the excellent articles in Cubaencuentro by Marlene Azor, I would add several articles published in newspapers around the island concerning a national conference in Santa Clara on the social sciences and the humanities attended by the crème de la crème of the bureaucracy that reigns over the field.

Some of them spoke to the press and gave their views on how they see the present and imagine the future of social sciences on the island. I will focus my argumentation on the public statements of those bureaucrats.

In line with the current transition process, the bureaucracy that governs Cuban academia is trying to update the awful subordination of the social sciences to the imperatives of power. Obviously, this is to the detriment of social thought, which can only flourish in an environment of freedom, plurality, debate and synergy with the public.

They are attempting this updating through the testing of corporate formulas, establishing topics and establishing their priorities unilaterally. This is always done in consonance with the mediocre directives from the Sixth Congress of the Communist Party of Cuba (PCC), urging that work be done “especially on the conceptualization of the theoretical foundations of the Cuban economic model.”

Cuban social scientists have been (perhaps I should say “we have been”) a human subspecies rarely rewarded by fate. They have never even known even the springtime enjoyed by writers and artists at the hand of a frivolous Cuban minister of Culture, yet they have suffered an eternal “quinquenio gris” (gray five years).

They were able to do some things between 1986 and 1996, when the economic crisis threw Cuba’s leaders for such a loop that the situation produced a great deal of tolerance owing to the lack of policies.

But shortly after the economy’s free fall came to a halt — though it was still in the worst hole in the nation’s history — McCarthyite repression began, culminating in the case of the “Center for American Studies” (Centro de Estudios sobre America, CEA), but affecting all areas of social thought. Academics were sent back to their corral to swear eternal fidelity to the revolutionary framework and its architect.

Nor have social scientists had a moderately safe refuge, privileges included, such as in the Association of Cuban Writers and Artists (UNEAC). Only a few were selected, very few. Perhaps this is because artists and fiction writers aren’t required to prove anything, but only to show; and maybe this makes it more costly to repress them than to tolerate them, taking also into account that they belong to a guild that knows how to make itself heard.

Social scientists under the microscope

Meanwhile social scientists, who lack international sponsors, are required by their profession to demonstrate what they affirm and eventually to propose alternatives. Works that have yanked at the reins of political power — the heart of the matter — have been “The Social Contract, The Road to Serfdom and Capital” – not poems, novels or short stories. Because of this, it’s easier and less costly to repress social scientists than to tolerate them.

Obviously, this does not mean to diminish by one iota the transformative value of a work of art or literature, much less the probable personal values of poets like Jose Marti, Lord Byron, Victor Jara or Roque Dalton. 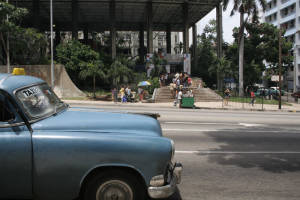 I can only stress that their impact operates over a longer period than what can be expected of a social scientist or what can be of use to a politician. Moreover, they speak with a language that usually escapes the narrow interpretive capabilities of the lycanthropic functionaries in the Ideology Department of the Cuban Communist Party.

Although Cuba possesses vast academic and research systems, these produce very little and, aside from a few exceptions, are not very stimulating.

This isn’t due to a lack of brilliant minds with surprising theoretical training; nor is it because the country lacks young researchers willing and able to participate in debates that go beyond the controlled gatherings of Temas magazine.

Rather, it’s because the system usually asks them to legitimize policies and politics already in place (what they term “partisanship”) with discrete and very circumspect limits to criticism.

In addition, because that same system has taken special care to prevent direct relationships between social scientists and society (part of the fragmentation I’ve mentioned in other writings), the work of social scientists rarely feeds what we could call public opinion.

Therefore, many social scientists have had to take the path of exile, realizing successful careers in foreign universities which by now have permanently ceased being foreign. Like many Cuban thinkers who appear in academia anywhere in the world, they have to endure a withdrawal into obscurity, or they make their livings in other jobs to survive their never-ending Special Period, as well as the political mediocrity behind the so-called “updating” of the Cuban system.

All of this occurs at the same time that the official academia is represented by ideological ruminants in who in other contexts would never have been more than provincial chroniclers.

The new business applications of the social sciences

It is in the context of the “updating” in which the social sciences have also begun to aquire a new place. An interview with a deputy minister, published in Granma on November 26, 2011, and the report made about that national conference by Villa Clara’s Vanguardia newspaper two days earlier is worth paying attention to.

In the latter, the local paper expands on what was said by several officials, concerning the “commitment of social scientists to carry out what was approved in the Sixth Party Congress.”

One of the most quoted officials was Michael Limia, a philosopher with a solid Brezhnevian outlook, who has realized a brown-nosing career as a social sciences bureaucrat. He has done this shielding himself with unintelligible rhetoric that has served for every purpose and he possesses a persistent ability for adaption that has enabled him to stray off course along with official line with no regrets.

This functionary is a member of the “Core Group for the Implementation of the Guidelines of the Sixth Congress” (whose potential effectiveness is unknown), and therefore we can assume that what he does is repeat what he has heard from his higher-ups, adding a few baroque technical terms.

According Limia, the question is one of providing the “decision-makers better service,” as could be done in a dry cleaner or a coffee shop. He adds that academic work includes a look at the business sector. “Science,” said the official, “has to earn its own sustainability, because it must have a much greater vocation…toward the business sector… to contribute toward it and to seek the resources from that area.”

Certainly there is nothing particularly alarming in what he says. I would even say that being a Marxist-Leninist stalwart trained in Moscow, he appears fairly innovative. What he says is true: Everywhere in the world, the social sciences are forming alliances with corporations and governments, and they receive payment from them in return for their diagnoses and prognoses. That’s the corporate profile of the social sciences.
But what this official fails to distinguish is the difference between selling a scientifically endorsed product and selling one’s soul to the devil. I don’t think there is another option other than this “entrepreneurial spirit” demanded by this functionary within the framework of a castrating “commitment” to a “national strategy” that — if it even exists — is known only to the authoritarian political elite. 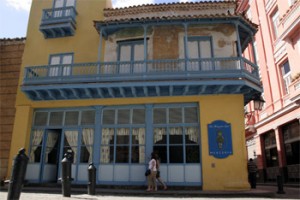 Demanding the commitment of social scientists to what they are ultimately unaware of or don’t know is abusive and immoral.

Demanding they limit their thinking to the corporate framework to produce “scientifically based” forecasts and diagnostics is to deprive the Cuban academia and society of the pluralistic debate that should be at the center of social scientific work, even when it turns out to be what isn’t imagined by the bureaucrats of the Ministry of Science, Technology and the Environment.

The social sciences seek their own assumptions, and can be (and often should be) different from those required by government and business worlds. Above all, within a framework of freedom, they must provide their perspectives in national debates, which do not exist in Cuba.

There can be no taboo or de-prioritized subjects. Issues such as democracy and participation, social autonomy, systems of political representation, political pluralism, freedom, and so on are all as vital as economic performance. However, no one — not in the government or in companies — would pay for such studies that would inevitably challenge assumptions supporting the Cuban political regime.

Without freedom, social science work becomes cheap ideology. Even in areas distant from contemporaneity, such as in the case of history, there is a need for spaces of free creation and debate. It is no coincidence that the best historiographic work on the island in the second half of the twentieth century occurred during the revolutionary interregnum of the 60s. I’m thinking, for example, of El Ingenio by Fraginals Moreno and Ideologia Mambisa by Jorge Ibarra.

Although there were good works later, none has produced the interpretative flowering of those first ones.

The first part is right; but as for the latter, I think what the eloquent deputy minister is talking about is finding a Cuban face for the Chinese model – the longed for paradise of the general/president, technocrats and the military in their processes of bourgeois metamorphosis.
—-

*Published originally in Spanish by Cubaencuentro.