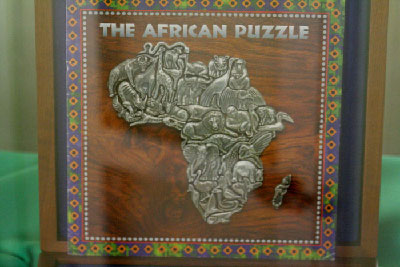 HAVANA TIMES — Maybe this comes a little late. At this point it’s possible that no one recalls my previous article “A Cuban contemplates her lost past.” Lots of people won’t have read it because of the enormous flow of information and the variety of opinions you get on the Internet where the news is out of date the minute you have read it.

For my part, I have read all the comments submitted in reaction to my previous article. Some of them are beginning to get a bit hazy in my mind but there is one I can’t forget even if I tried.

I do not remember the name of the person who sent it, only that he talked about the experience of a friend who had long idealized the past of his ancestors in Nigeria, only to be disappointed when he learned that they had slavery there before the white man came.

If this commentator was trying to say that Africa was no paradise before the slave trade by Europeans that decimated the continent; that the exploitation of one human being by another was not due to the white man, that history should be studied objectively, I must say that I absolutely agree with him. 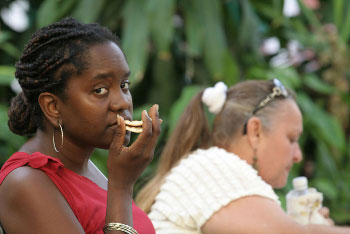 Sometimes when a black person calls me “sister” it stirs up mixed feelings in me. On the one hand, there’s the joy I experienced as a child of going somewhere and meeting someone of my own age. I’d feel a bond even before I got to know their names, their likes and dislikes, where they lived and who their parents were.

I had the security then of knowing that when I was in that place, I was not alone. It’s a beautiful feeling that I sort of grew out of as I got older. I don’t know if others feel the same. As we mature it gets less easy to feel that bond with strangers, that closeness to someone we’ve only just met.

Then again I’ve got to wondering what this sudden sisterhood or brotherhood of humanity is all about. Is it the color of my skin? Is it enough just to be black to feel brothers or sisters?

I’ve met black people with few morals, or none at all. People capable of cheating anyone they run into, including their supposed black brothers and sisters. I’ve also known white people I’ve felt more of a sister with than I’ll ever feel with Condoleeza Rice.

The author of the comment made me think, perhaps unintentionally, that it is impossible to know how things would have turned out if our ancestors had not been snatched and taken away from Africa, if we had been born there. Prosperous? Tragic? 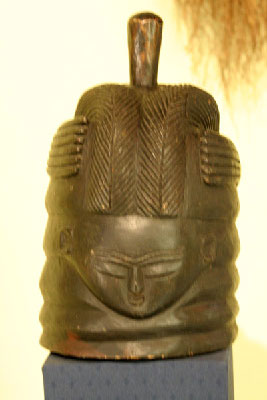 It’s also comes as a shock when we think that right at this minute, right now, in the 21st century, some young girl or teenager is being subjected to ablation. Let’s not mince our words: they’re being castrated.

What conclusion are you supposed to draw? Should I feel lucky my ancestors were hunted like animals, sold like animals and forced to work like animals, thanks to which I was born in this part of the world where they don’t practice something on women as awful as ablation?

But what price did the women who went before me have to pay to prevent me from being castrated? How many had to work like beasts, suffer abuse and rape, suffer the terrible pain of having their children torn from their side?

I think the fact that black women in this part of the world can consider themselves fortunate  with respect to black Africans, is, as blogger Reinaldo Escobar would say, merely a collateral benefit.

There is no way we can know what Africa’s fate would have been without the coming of the Europeans. On that question we can only speculate. But we do know what the Europeans brought to Africa (or rather what they took from it).

It is important for us not to idealize the world of our ancestors in Africa. We should be aware that there was slavery there before the white man came. That does not detract from the damage Europeans did to that continent. Nor to this one either.

The fact that many former slaves on this side of the globe became slave owners only goes to show there is no merit in the color of your skin, that the best and the worst aspects of human nature have nothing to do with race.

One thought on “A Cuban Contemplates Her Lost Past (II)”