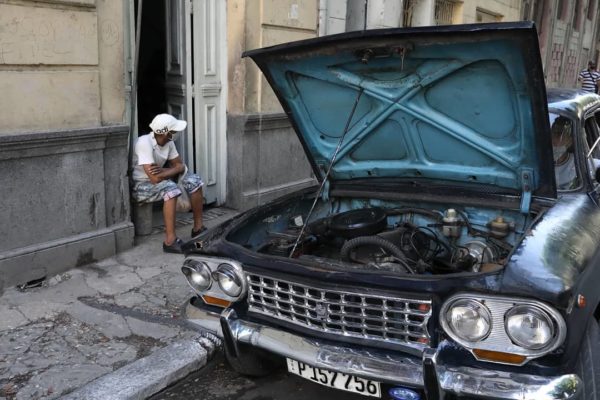 HAVANA TIMES – It’s incredible that there are still Communist totalitarian regimes in the 21st century, with all of the scientific and technological breakthroughs that have been made. The atrocities that have taken place under Marxist/Leninist governments over the past 100 years, since the Russian Revolution in 1917, disturb any researcher. Karl Marx and Engels won’t rest in peace while these phenomena exist.

Psychologists call this mental disorder the Messiah Complex, which consists of an individual believing that they are the Chosen One or having been appointed by some Divine authority to fix humanity’s problems.

So, by analogy and undermining Psychological Science, I have had to invent a new term, out of necessity, for individuals who hold power and belive that they can free human beings from oppression and Capitalism’s dehumanization with socialist theory and scientific Communism: The Communist Messiah Complex.

Sigmund Freud once wrote that Communists thought that human nature would disappear if they got rid of prostitution and casino games. This illusion cost many people’s lives during dictatorships, for example, Mao Zedong’s dictatorship in China; Pol Pot’s dictatorship in Cambodia; Joseph Stalin in what is known as Russia today, and Kim Il-Sung in North Korea. Millions of people have perished during the implementation of Communism in these countries.

Isn’t this the way Cambodia’s International Tribunal works today? Prosecuting and processing the Khmer Rouge and Pol Pot supporters who killed 1.9 million people during the imposition of Communism in Cambodia, from 1970 up until 1975.

The Communism we see today is just a small group of fanatics who seize power and will stay there for 100 years ruling over the country if they can. They tell the people what is good and bad. They believe they are invested with some superior and divine power to mark the correct path for people’s lives.

Workers were supposed to join factory unions voluntarily and freely decide how they would work in their best interests, but the Communist State expropriated the bourgeoisie and seized control of productive forces and means of production from workers, and kept it for themselves.

It’s an elitist, conservative and backward system, that has no tolerance for criticism and improving doctrines of the masters that came before them. They all have one political party, one ideology, the State has an iron hold over the army, police and mass media and, last but not least, they also have a centrally planned and inefficient economy.

It’s true that no system in the world is perfect, but different forms of Capitalism have been able to satisfy humans’ material, physical and spiritual needs a lot more accurately than State Communism, and it is also the fastest system to find solutions when problems such as water, food and vaccine shortages arise, especially when there is a health emergency.