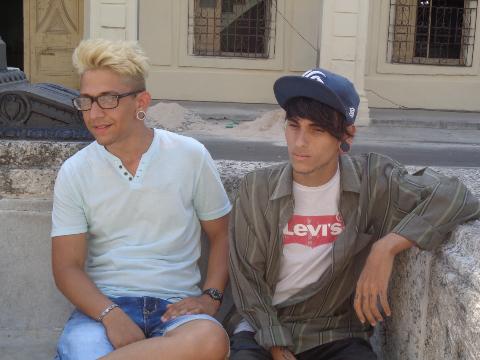 Cuba will become the 26th country in the world to officially recognize this right and the first country of a Communist and Socialist persuasion to take such a decision, which is even more striking as it comes as part of an entire constitutional reform.

HAVANA TIMES — Cuba, and its new constitution which will most likely be approved in the coming months, has been under the world’s watchful eye these past few days. We are living a historic moment, there’s no doubt about it. Even though many people think it’s more of the same old, I do believe we should take a good look at some of the changes that we will soon see in all of Cuban society from now on.

Among the most striking (to put it one way) articles for many, is Article 68 which gives people of the same sex a green light to get married, something that many people have been calling for for years now (myself included). In the new text, marriage is described as the consensual union between two people, without specifying their sex or anything else.

Cuba will become the 26th country in the world to officially recognize this right and the first country of a Communist and Socialist persuasion to take such a decision, which is even more striking as it comes as part of an entire constitutional reform. 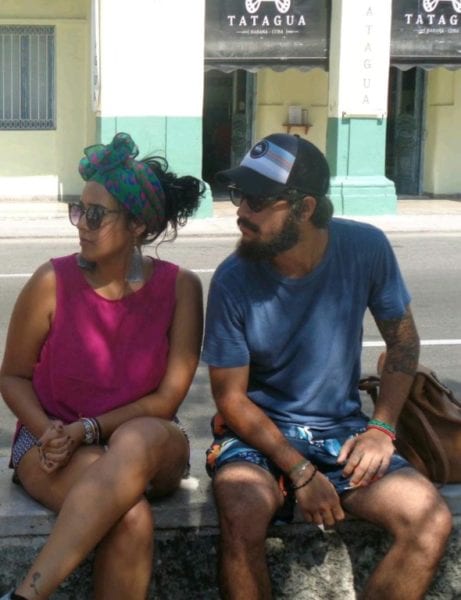 In short, this moment we are experiencing doesn’t allow me as a LGBTI journalist and activist to sit at home without knowing what some Cubans think about the issue, first-hand.

In collaboration with another activist friend and YouTuber, we decided to interview people on Havana’s streets.

There were many opinions, but I found that everyone agreed that each individual has the right to choose their own lifestyle and decide to get married without affecting anyone else, much less that this will be detrimental to heterosexual marriages.

In our conversations, I included the question: “Do you think evangelical churches should attack this right by making even 6-year-old children wear signs supporting “the original family?”

Many answered that they shouldn’t be ones to judge, that God created man in his image and with free will, plus they said that children shouldn’t be used in these campaigns because they don’t know what these children will be in the future. Others agreed that we should respect their beliefs and that their reaction is normal, that we shouldn’t worry because thanks to God, evangelical churches in Cuba are just groups of people who don’t have any great influence in society, much less in government.

We continued walking down all of Paseo de Marti and I discovered something I really wasn’t expecting: five people had no idea that a draft of the constitution had been approved or that the Cuban people would later vote on it. The surprise hit me more than once, accompanied by a great feeling of disappointment, as 3 out of 5 of these people were young people, who justified their ignorance with “we don’t watch Cuban TV”, and “I haven’t seen anything about that in the Weekly Package”, “now that you mention it, I did hear something about this, but it’s no big deal…” 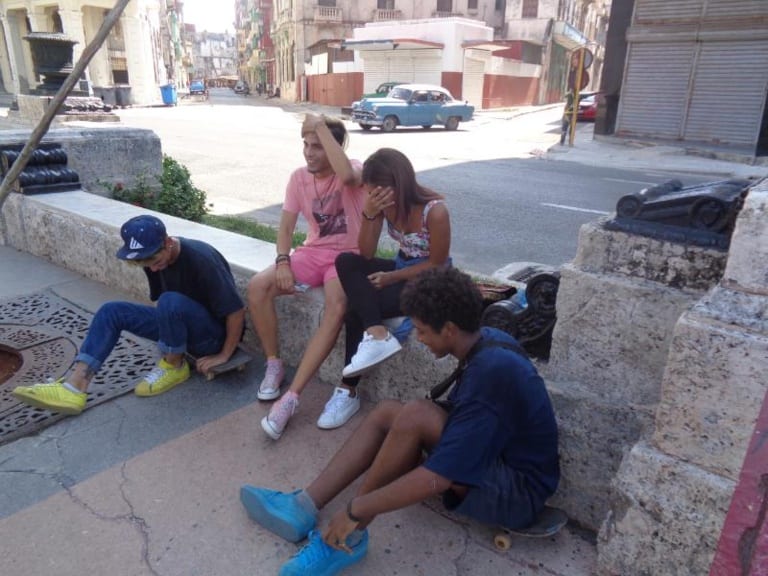 My dear readers, it’s really sad to see how the future of this country doesn’t take any interest in the greatest change we have had in years of constant political monotony, and even though they are right (nearly everything will remain the same), young people should be the ones who take the greatest interest because it will be the Constitution we will be forced to live by, whether we like it or not.

I also found more than one person who refused to give me their opinion, as they claimed that we looked like foreigners and that the police would then ask them what we were doing and they didn’t want to have a rough afternoon, or some who asked us if we were working for Granma or the Cuban TV news.

When we told them that we were independent activists, they just turned around and carried on walking, something which is also very disappointing as a Cuban, seeing how many people turn the other way as soon as they see a camera and microphone in your hand if you are an independent journalist because they don’t want to have problems with the police.

Having interviewed nearly 10 people on El Prado street, we decided to go around Vedado, another crowded place, but to carry out a social experiment this time.

My friend normally goes to Coppelia ice cream parlor, and I haven’t been in a while to tell you the truth, but there we were in quite a long line, catching everyone’s attention because we were holding hands pretending to be in a relationship. However, I must admit that I felt quite good because we didn’t hear the word “faggot” at any time and we even received some praise, a real sign of social change. 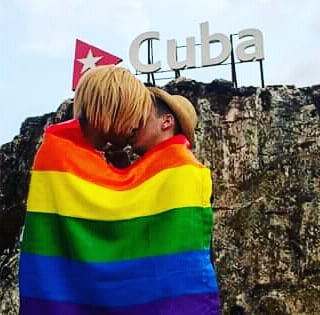 Continuing our activism, we walked all the way down La Rampa to the Fountain at Hotel Nacional holding hands, and everything went perfectly. We did catch people’s attention, but it was even more striking when we decided to pull out a LGBTI flag and pretended to kiss each other under the Cuba poster at the Nacional’s famous waterfall.

Everyone was looking at us, we were quite nervous because there were all kinds of people there and then suddenly, we heard children shouting in chorus “look, look they are gays” and that phrase in such childish voices made us even more nervous because we aren’t used to exposing children to these kinds of ideas. When we turned around, the children’s parents greeted us as they filmed us, which was quite encouraging and helped us to confirm our activism for Cubans’ LGBTI rights.

This was an experience I will never forget, there’s no doubt about it. I never imagined I would do all of this and not run into insults or malicious gazes. To be honest, we were very satisfied with the result and managed to find out what ordinary Cubans think about all of this: “we should all be happy in our own way.”

3 thoughts on “Cubans Have Their Say about Same-Sex Marriage”