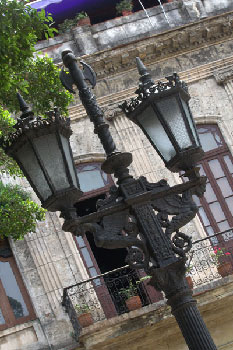 HAVANA TIMES — “Living by one’s wits” is a Cuban idiom used to describe the behavior of people who go through life without working, finding ways to skimp off other people or to make money informally.

Many Cubans feel that they aren’t leading fulfilling lives. Many others don’t work or make any contribution to society, making a living not only by their wits, but through informal or illicit means – for these two methods garner them greater earnings than working for the State.

I won’t write about these individuals today, but will rather refer to the Cuban sitcom named after this much-used idiom, aired every Wednesday.

I will tell you about one of the episodes I enjoyed the most. Though it was shown quite some time ago, the joke continues to be topical.

Juanito wants to buy a pair of shoes, which cost 67 CUCs, to wear for his night out at the theatre. If Juanito earns only 500 Cuban pesos a month and spends 200 on food (which, of course, won’t last him the entire month), 25 on electricity (because he doesn’t use any appliance at home) and 100 on cabs, by what month and year will Juanito be able to go to the theatre, that is, buy the pair of shoes?

This may strike some people as a math problem taken out of a fourth grade textbook or something of this nature, but that’s not the case. No, this problem was the entire premise of this popular comedy program. 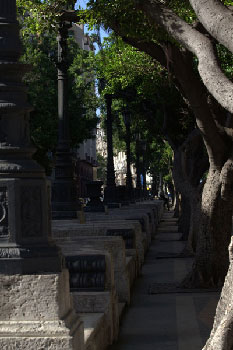 I confess that, though this issue is no laughing matter, I laughed my head off seeing all of the awkward situations the two main characters, Chequera and the charismatic Panfilo, got into to try and solve that problem, which proves difficult, not only for them, but for any Cuban worker as well.

Some readers might ask themselves what there is to laugh about the fact that Cuban workers have to beat their heads every day, work financial miracles to be able to get by on 500 pesos (and live to tell about it the following moth), and, on top of that, manage to buy shoes and clothing and satisfy other basic human needs.

I don’t know whether I’ve gotten used to making light of my own misfortunes, as most of my compatriots have, or to look on the bright side of things, particularly when we do not know how to overcome our problems.

But, I tell you, no matter how much the problem faced by Chequera and Panfilo reminded me of the hurdles I have to negotiate every day and the frustration I feel on getting my measly salary on payday, I could not stop laughing at these two oddballs who, after going over the matter again and again, after every calculation imaginable, had no other choice than to accept that Juanito’s problems, just like the financial problems we face on a daily basis, have no solution.

One thought on “Living by One’s Wits in Cuba”