HAVANA TIMES, April 22 — To me, the image that first comes to mind when hearing the word “socialism” is that of a tide of soldiers proudly brandishing their weapons.

Is that strange?  When as a little girl I began being a “socialist.”  What attracted me was not our defenses against a war that seemed to loom over us like an eternal threat, but a world where the rich and poor would walk hand in hand in the same plazas as sisters and brothers.

I cried from emotion when hearing “the earth will be humanity’s magnificent paradise…” and when I won competitions at school in the subject “Foundations of Political Knowledge” (though it wasn’t because I knew the Marxist postulates so well, I simply wrote about that same dream).

Time passed, and when a tsunami of reality shook the countries of socialist Eastern Europe, there remained not even a trace of hope in my soul for that common plaza for the rich and poor, for that world free of oppression.

That’s why I admit that it astonishes me to hear that socialism is (still) the sole chance for a more just world.  Those who self-define themselves as “left” also are amazed that I don’t identify myself with their line.

A while ago, a friend told me that when a word becomes worn out by misuse, it’s necessary to let it rest and wait for the moment for its rediscovery.  For him, a poet, that waiting consists of allowing that the word to recover its inner weight, after the real meaning has been yanked out by the power of selfish manipulation.

Today when I hear the adjective “revolutionary,” I react the same way as I do toward “socialist” or “Christian.”  I feel they’re attempting to slice me with a knife, to force me into a rigid mold in which I’ll suffocate.  “If you’re not on the left, you’re on the right,” they’ve told me, as if the world were split in two and I had to make a quick choice as to where to jump or else fall into the abyss.

But I’ll admit even more of my ignorance: both terms confuse me.  From what I know, the right hemisphere of the brain is the area of intuition, of spiritual conscience, and the left hemisphere is the site of reason, of cold logic.

Could that be why socialism has been attacked so much by religious believers? However, from what little I know about those who defend the “right,” they are not at all spiritual.  So everything winds up being that much more confused. 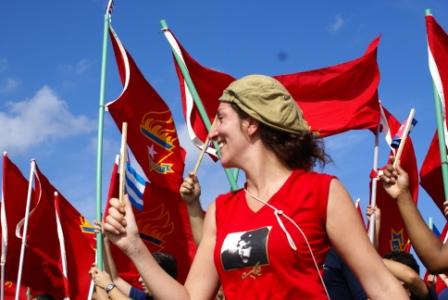 Nor do I understand why red is the color that represents a world in which we will all be siblings, since it’s not a color that relates to peace.  Red conjures up images of blood, alarm, (the ego), violence.

It seems that in all the countries where socialism triumphed the methods used were not exactly nonviolent, nor has this premise been a priority in this ideology.  And of course the awakening from this “red dream” wasn’t peaceful either.

Recently they emphatically repeated to me the need to defend socialism.  Full of doubts, but lacking of any other source, I looked up its meaning in a philosophical dictionary.  The definition took up several pages, so I’ll synthesize it here:

“a social regime that arises as a result of the suppression of the bourgeois mode of production and establishment of the dictatorship of the proletariat.  It is based on social ownership (by the people as a whole) of the means of production, this determines the nonexistence of the exploiting classes (…) the relationships between the workers are of friendly collaboration and mutual assistance (…) the relationships of all social groups are characterized by the political-social and ideological unity…”

Through what I have experienced, social ownership or being “of the people” doesn’t inspire a sense of ownership and the majority of people don’t feel responsible for taking care of it.  The law establishes balance through coercion (which is necessary), but this doesn’t imply a conscious leap.

I now recall that when San Francis of Assisi, an Italian mystic, wrote the rules of his order, he held that friars should abstain from having any property except for their habits and modest footwear, but it was noteworthy that this system wasn’t applied to the whole country but only to a group of people who entered the religious order voluntarily and remained in it or not according to their sincere vocation. 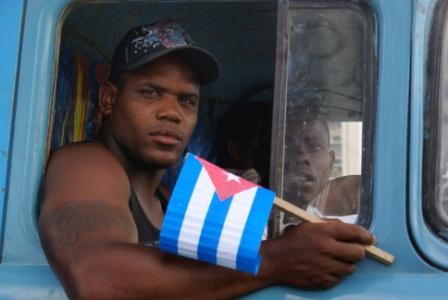 In terms of any “political-social and ideological unity,” observing the standard of humanity’s collective conscience, the one right now, I don’t believe this to be possible, especially because it’s obvious that the evolution of people’s consciences doesn’t occur equally in all human beings.

Philosophical systems as old as the Vedas (Hindu scriptures), that contemplate the reincarnation of the souls as a reality in human experience, assert that people’s consciences evolve more or less in accordance with the number of incarnations they have experienced, meaning that equality is unthinkable if one bears in mind that the voyage of existence embraces entire centuries and that we limit ourselves to focusing on those years of the present.

But almost all of the socialists I know are atheists.  They don’t believe in God and less still in reincarnation.

I suppose that those who defend socialism — just as much as any religious believer who defends their credo — are sure that the world they propose is the best one possible and they hope to convince everyone to struggle for it.

That I understand.  But all social alternatives that do not contemplate an opposition as a part of themselves (not external but internal, consanguineous, a part that is also vital to any attempt at creating paradise on this earth) is self-condemning.

As for me, I agree with a person who I heard say that humanity is trapped between the words “socialism” and “capitalism,” as if the experience of these two systems could not lead to another alternative, as if it were not we human beings who formed those societies (and words), as if the saturation of one and the other could not result in something different, that undoubtedly we are already experiencing, though we refuse to give it a name.