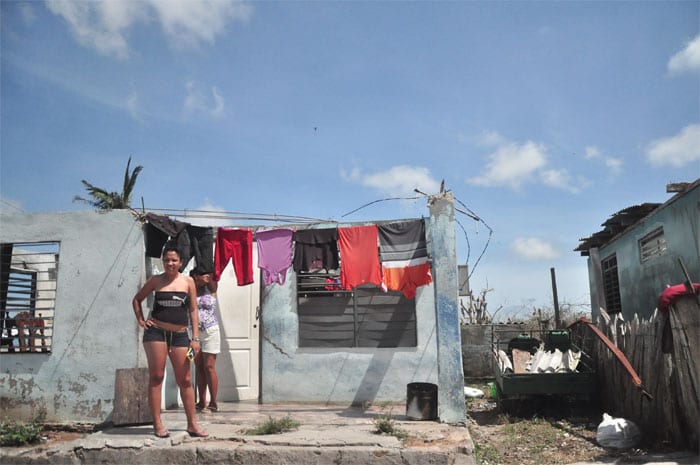 HAVANA TIMES — Several readers, especially the English speaking ones, have asked me about how municipalities in Guatanamo, which were severely affected by the terrible hurricane Matthew, are recovering.

I can tell your that, as everybody well knows here, this will be a slow and very difficult process, mainly for the families who have lost everything to this powerful hurricane’s strong winds, or the furious sea’s high tides or to the dirty waters of overflowing rivers that dragged everything along with them that came in their path, apart from human lives luckily.

Thanks to the help of multiple brigades from most of the country, some basic services such as electricity have been largely restored (by 98 percent in the municipalities of Baracoa, Imías, San Antonio del Sur and Yateras and 42 percent in Maisí due to the large number of areas of difficult access).

As to communications, most wireless communication has been restored and fixed phone lines will be gradually back on.  In the case of drinking water, it is being supplied by tanker trucks, since the hurricane destroyed hydraulic networks.  In addition, the water in the region is currently not suitable for human consumption. Local and national authorities insist on sanitary measures to prevent infectious diseases.

Thanks to the aid provided by many brigades from almost all over the country, basic services are gradually being reestablished, such as electricity, communication lines (firstly wireless), and water, this last one via tanker trucks, because water within the region isn’t suitable for human consumption. Local and national authorities insist on practicing health and hygiene measures so as to prevent infectious diseases.

Although almost of all the bodegas (where rationed products are purchased), bakeries, sweet shops, restaurants and many other state-run establishments have also suffered great damages or were almost completely destroyed. Nonetheless, several of them have already complied with their social responsibilities, especially bakeries and bodegas. People in the region were given a quantity of rice and sugar for free and some canned foods such as sardines.

They have also sold at half price agricultural and meat products as well as many others which have come from all over the country, even before the hurricane had hit land in Maisi, the country’s most eastern municipality.

Locals in these affected areas have many more difficulties ahead, as almost 90% of housing here has been damaged. People are forced to sleep outside or to prepare what they can of a makeshift room or a piece of their homes to spend the night, until the government begins to sell building materials which have been arriving slowly to each of these regions.

For those who have only lost the roofs of their homes, repairs will be the easiest thing to do, albeit expensive, in spite of the fact that the Cuban government has said that it will pay for 50%.

The most traumatic thing though will be to replace domestic appliances and equipment and other necessary material goods in any home and that ordinary Cubans normally spend up to 20 years trying to get a hold of.  Some people are never even able to have a fridge in their home, as their salaries don’t allow them to. That’s not to mention all of those people who have lost all of their homes completely, with everything inside.

Solidarity efforts are taking root all over Cuba, as well as in other countries, to help those that had the tranquility of their homes, their clothes, their TVs, beds… and even their memories in a photo taken from them by Nature.

However, it will be a long, long time, a really long time, before people in Baracoa, Maisi, San Antonio and Imias will be able to get their comforts back.