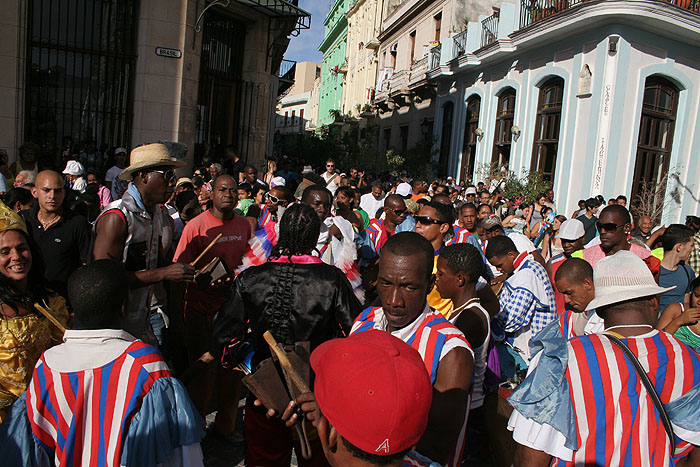 HAVANA TIMES, Jan 15 – In 1512 Spain authorized the bringing into Cuba of black African slaves, who came with their traditions and their religions, which were never abandoned though the masters forced them to practice the Catholic religion.

Slaves of the same ethnic groups organized into brotherhoods or fraternal orders that were called cabildos (councils), similar to the town councils organized in Seville, Spain, in the 14th century.

The first cabildo was created in Cuba in 1568 and was named the Cabildo Shango.

As part of the festivities of carnival in Havana, the Spanish colonial authorities authorized the cabildos to celebrate once a year (on January 6, Kings’ Day) when they were allowed to parade through the streets playing their African instruments and performing their traditional dances.