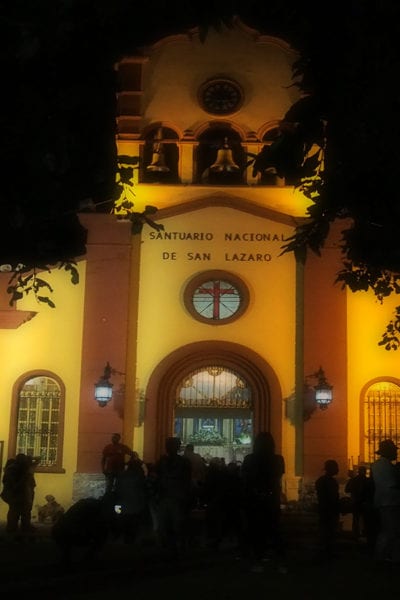 HAVANA TIMES – The return to the town of El Rincon in search of the National Sanctuary dedicated to San Lazaro, makes December 17th a very busy day in the community located on the outskirts of Havana.

The scenes are repeated every year on the path that leads to the gates of the sacred site. The payers of promises crawling down the street breaking human limits, the devotees come to celebrate the day of the miraculous saint.

Inside the church there are all kinds of people, those whose faith brings them and others who use the day to collect alms.

On the way we see characters who attend every year, some drag large stones, others carry colorful wheelbarrows, with the image of San Lazaro, they allow themselves to be photographed in exchange for some money.

These are difficult times and religion becomes a means of escape, people try to resolve hardships with the help of spirituality. Faith in the saint, his miracles in the healing of the body, make the Cuban people venerate Babalu Aye, the African oricha, Lazaro, the biblical friend of Jesus and brother of Marta and Maria Magdalena, or Lazaro, the beggar who appears in a parable of the Gospel of Saint Luke.

The villagers turn the festivities into a fair of not only religious products but of food and drink as well.

The pilgrimage does not escape the consumption of alcohol and even some bad encounters between locals and visitors. The Police and the Red Cross mark their presence to avoid any possible incident among the crowd of believers. 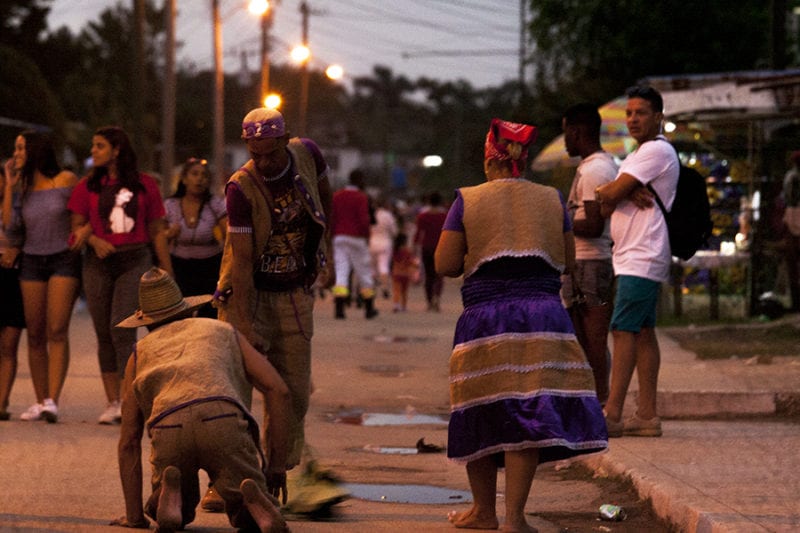 The tradition continues to be an example of the religious roots of the Cuban people and their marked predominance in everyday life.