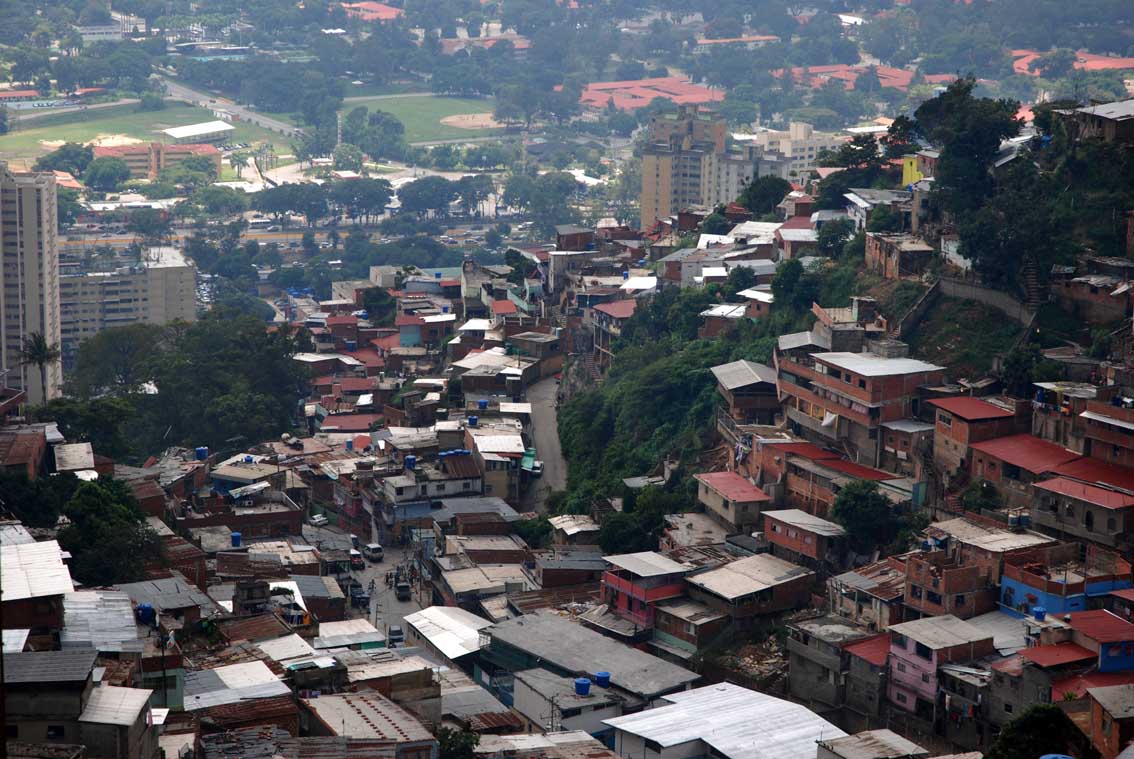 HAVANA TIMES, Sept. 17 — “Be careful wandering around in Los Cerros.” That’s what everybody says about going up into a hillside area surrounding the city, where only people who live or have family there ever dare to venture.

A cerro (hillside) in Venezuela is something similar or the same as the favelas in Brazil.  You could say they’re like the scenes in the movie City of God, but you might also note that the Brazilian film captures only a small part in comparison to the full reality.

A month ago I traveled with a friend in a taxi, and we went past near one of these feared neighborhoods that have been built up by the city’s poorest people on the edges of the mountains surrounding Caracas.  The driver, originally from Portugal (a lot of Portuguese live here), began griping about how the local government of San Agustin had begun to provide public transportation for those urban dwellers.

According to the taxi driver, the only ones who are benefiting are the thugs who come downtown to mug people. In his mind, the new transportation services merely allow them to return more quickly to their dens with their recently stolen loot. 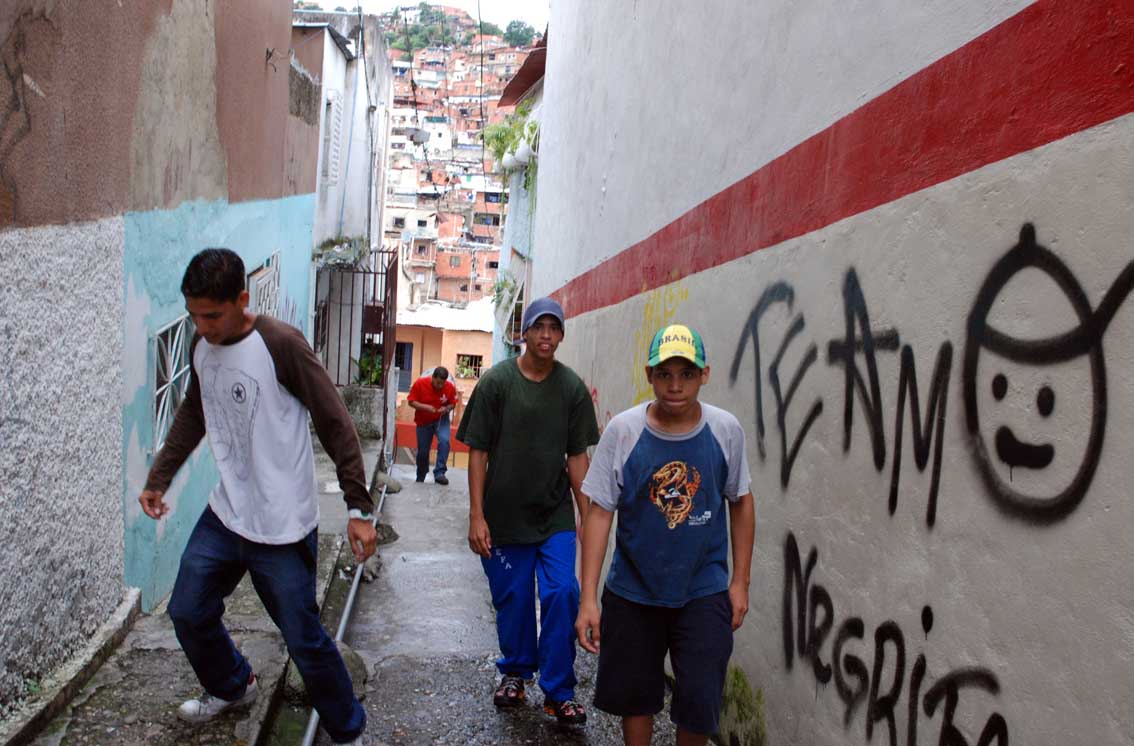 “They shouldn’t give them anything,” was his opinion, and for a good while he continued swearing under his breath at all the residents in those small red-brick houses situated along streets that are hardly ever asphalted.

Lately I’ve gone to several hillside areas.  I haven’t gone alone with my camera, of course, because I clearly understand that it would be too risky, too much temptation.  But I refuse to believe that everybody who lives in those places is a potential criminal; it would be like saying that everyone who’s poor is capable of murdering or stealing.

In my longest visit there I was quite comfortable, looking down at the city from up high, among those very simple homes – sometimes uninhabitable, sometimes in better conditions then what one would believe.

I like the people from there more than those who live in other areas of this capital. 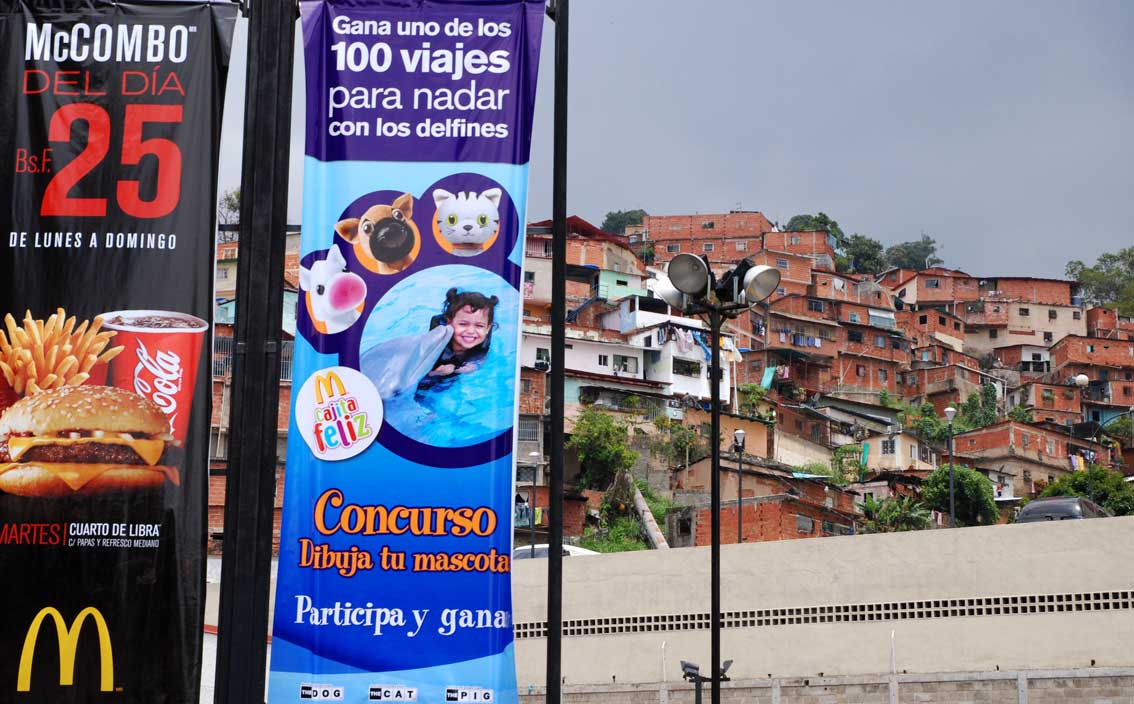 I’m not trying to be super optimistic, because I’m aware that there’s no shortage of drugs, weapons, gang wars and domestic violence in these neighborhoods.

But what never would have occurred to me is that they’re not people just like me (like many Venezuelans believe), that they don’t have the same rights, and that up there lurks the greatest national danger.

It’s easier to fear, stigmatize and segregate people than to understand and help people find the path (the path of each person, not necessarily the one we think is the best). Poverty is one of our biggest fears and our greatest shames; that’s why many think that it’s better to keep it separated from the rest of us.

2 thoughts on “Be Careful in the Hills”