HAVANA TIMES – Western Cuba has suffered from an area of low pressure in the sea near the Yucatan peninsula, in recent days. Heavy rains resulted in the deaths of four persons and hundreds of buildings collapsing (partial and total), most of them in Havana, which has one of the most critical housing crises in Cuba.

A little before noon on Friday May 5th, a man died just a few blocks from Mayla Rancol Marti’s home, in the Central Havana municipality. He was a stranger to her but he was crushed to death after the roof of a house fell in. This morning, Mayla and her sister Migdalia Marti Calzada checked the condition of their own homes. They both live in buildings with critical structural damage, and they are well aware of the danger of long-lasting rain.

On the other side of the street, Betsabet Bertot was putting buckets out to collect the rainwater that was coming in through her ceiling, thereby stopping it from damaging the rest of a building below that is crumbling day after day. The beams are giving way. The 52-year-old woman lives with her son and husband Rogelio, who had to have a part of his leg amputated during the peak of the COVID-19 pandemic. Most of their belongings are kept in plastic bags. Moving around the house amid so many packages is torture. She’s afraid she won’t have time to leave the house and will die if everything comes crashing down, so she keeps a backpack ready with the essential “just in case”. Her life is hard.

Near the Cuatro Caminos shopping mall, on Mercado Street, between Arroyo and Santa Marta Streets, a piece of cracked cement is lifted up: building No. 79. Damaged foundations. Dozens of boards that brace a building with rusted rebar and pieces of concrete hanging around it. Walking along the corridor on the first floor is a pain. An unbearable stench. Sewage water all over the floor and the rain has only begun to touch the walls. Staircases without handrails. Dim lights. The higher up you are, the greater the danger, the greater the dread in a deathtrap that only gives you a sense of insecurity. But people are living there. Even families that have come all the way from eastern Cuba. Lots of people.

Betsabet Bertot and the Marti sisters probably don’t know the residents in No.79, but they agree on one thing: do they need to wait for the next collapse to happen and lament the death of another person before the problems with their houses are solved? “Will we be the next victims?” 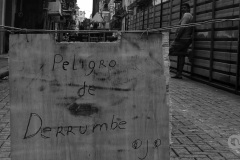 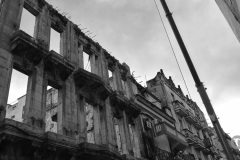 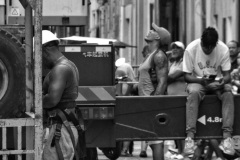 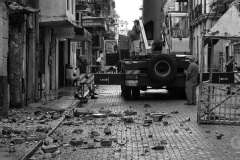 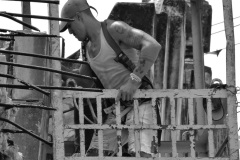 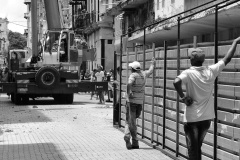 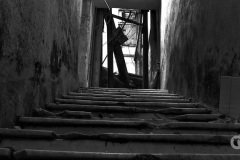 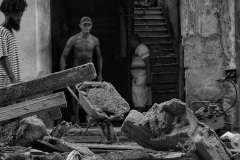 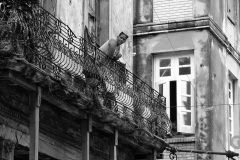 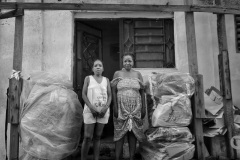 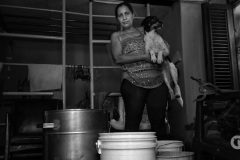 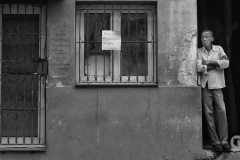 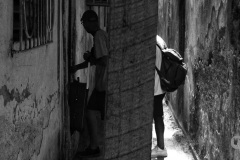 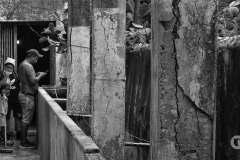 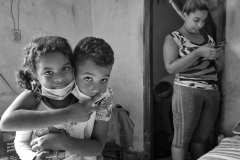 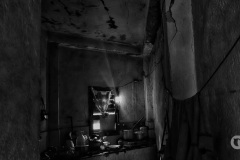 4 thoughts on “Cuba: When the Roof Falls In”

Rudy Calzado – Song of the Day

The Good Mother, Havana, Cuba – Photo of the Day

Social Uprising on the Horizon in Cuba

This Is a Real Story

Havana Weather for June 30 to July 6