HAVANA TIMES – It’s 9 p.m. and Pablo Milanes goes on stage half an hour later than schedule, but nobody seems to mind the delay. In his presence, the Coliseo de la Ciudad Deportiva encloses in non-stop clapping. It’s impossible to know for certain, but almost everyone suspects it will be his last concert in Cuba.

He hadn’t sung on the island for more than two years, too long for an audience who is used to seeing him more regularly. The last time he performed here was in December 2019, when he performed alongside his daughter Haydee at the National Museum of Fine Arts. Before that, he sold out the 5000 seats at Karl Marx Theater.

This time, Pablo came to Havana with a more intimate show, which is characteristic of his “Dias de Luz” tour, which the national audience aren’t so familiar with. His voice (which stands the test of Time) is accompanied by Miguel Nuñez (on piano) and Caridad Varona (cello). An intimate performance that fits the image of the singer-songwriter: peaceful and calm.

When reaching the stage he dedicates a few words to the audience. “I have always said that Cuba is my best audience, but you outdid yourselves.” Pablo smiles, rubs his head and gives a formal bow. He kicks off the show with the first verses of Marginal “Everyone come to my garden, touch and pick the flowers (…).” Then, he sings Comienzo y final de una verde mañana. The crowd goes crazy. The concert begins.

Maybe he needed to sing again for his people, but the over 10,000 of us in Ciudad Deportiva, needed to hear Pablo perform live again – or for the first time.

Pablo reminds us what’s truly important. This article is also the story of a fateful Wednesday that hundreds of people were left without tickets because some institutions were given priority. Or those who pulled out a M-26-7 banner in the middle of the concert, while thousands of people were singing No ha sido facil  (It hasn’t been easy). Or the people who, at the end of the concert, got onto two Giron buses parked on a couple of streets down from Ciudad Deportiva, where they weren’t so easy to spot. But no. When Pablo’s music is playing, trivial things lose all their importance, he controls everything with the melody of his voice.

“Donde están? (Where are they?)

Quiero verlos para saber. (I want to see them to know)

So many years later, his most iconic verses sound with the same strength, regardless of ideology, age group or borders. This is why he tours in such different places like Spain, the US or Havana. He is a universal artist, like very few on the Cuban music scene.

There wasn’t any political discourse in his words between songs. In fact, he spoke very little. He let music, poetry take center-stage, his essence at the end of the day. This is why it’s hard to understand the hate-filled articles and attacks against Pablo Milanes by some figures and celebrities close to the Government. Once again, they are afraid of music.

Pablo thanked the audience, “who have done everything to be here,” he said. If you bear in mind the fact the concert almost didn’t go ahead, he was right. No fan wanted to miss it. Paraphrasing a good friend, “nobody knows whether this is the last concert or not, but we lived it like it was.” 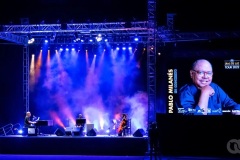 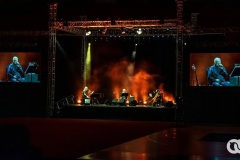 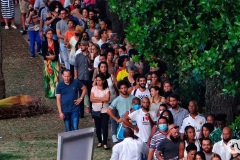 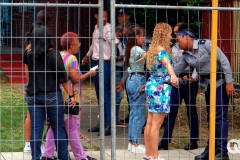 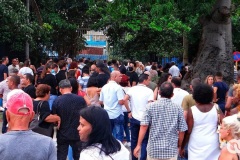 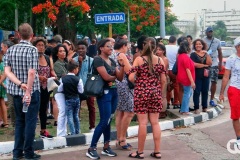 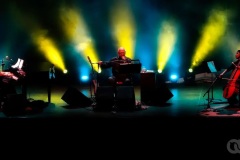 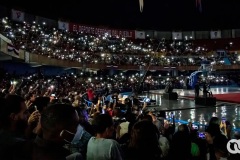 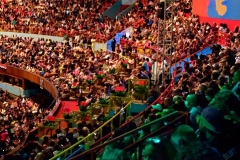 The Huge Fire in Matanzas, Cuba

Those Who Need Cuba to Survive

Flames Go Out in Matanzas but the Drama Continues in Cuba

Nicaragua Is Where Pope Francis Could Make a Difference