HAVANA TIMES – After a two-year break because of the COVID-19 pandemic, the Cuban Government called for May 1st parades in pretty much the whole country, with the most important one taking place in Havana’s Plaza de la Revolucion, the traditional setting for these parades.

The May Day 2022 celebration has somewhat been the Government’s attempt to reflect the country’s return to “normal”, after the fatalities caused by the pandemic and then the country being shaken on July 11, 2021 by the largest wave of protests the country has seen in the past 60 years.

While they normally follow quite a predictable script, there are always photos of May 1st parades in Cuba and its “initiatives”, which are no longer forgotten, thanks to the Internet and social media’s multiplying power.

Many of the “curiosities” companies, entities, institutions, or mass organizations brought to the parade are a perfect symbol of a strange country that is moving against the current, rather than beautiful expressions of the proletariat’s joy.

Some people proudly shared their photos on social media and as proof of workers’ “creativity”. However, many of them became the subject of mockery.

It’s a well-known fact that every workplace makes “calls” and “appeals” for workers to make posters, banners and drawings for Workers’ Day to “add some color” to the parade. The most inventive unions are even given awards in some cases.

But without technical, artistic rigour and few resources, many of the “initiatives” in the parade had the opposite effect.

The parade on Sunday was the first mass and nationwide event since SARS-CoV-2 reached the island. In 2020, the Government called on Cubans to celebrate International Workers’ Day at home, via social media.

In 2021, the Workers Central Union of Cuba (CTC) called upon workers to celebrate the occasion with an online parade. At that time, the national commemoration ceremony took place in Plaza de la Revolucion, in a reduced format, with the presence of Miguel Diaz-Canel and other leaders, but that was about it.

Fear of a sentence

This year, the parade for International Workers’ Day was organized and took place amidst a climate marked by some initials that have challenged the status quo in Cuba.

The protest expression “DPEPDPE”, which means in Spanish “De Pinga El Pais De Pinga Este” went viral and began to appear not only in memes, but as tattoos, T-shirts, caps, bags, as a form of silent protest.

Some people announced on social media that they would go to the parade wearing clothes featuring these letters and the circles of power and State State Security became nervous in the face of this possibility.

Frequent hidden threats have been directed in recent days at people on social media who had the idea of wearing clothes with the acronym DPEPDPE during the parade.

“I swear that any worm I see wearing one of those sweaters is going to end the parade half-naked. Like in the Bay of Pigs, if try to leave, they’ll stay. We’ll see each other in the Square,” Jorge Lopez posted on Facebook, a Cuban Government supporter. The post was reported to the platform for encouraging violence.

Some people reported that the police had looked for them at their homes to warn them about wearing this T-shirt.

“Let’s see, they’re after those of us who bought the DPEPDPE shirt. And the people that made them, of course. That’s how they know who all their customers are,” user Maggie said.

Human rights activists, relatives of political prisoners and independent journalists were arrested or put under house arrest, to prevent them from taking part in activities linked to the day. 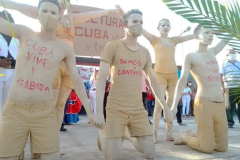 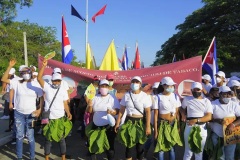 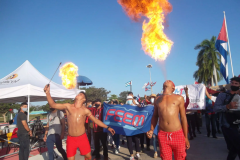 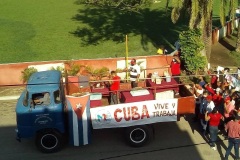 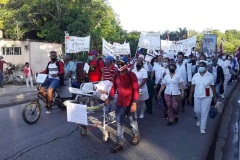 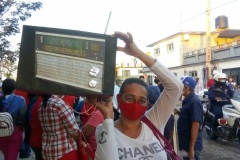 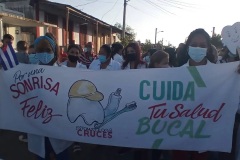 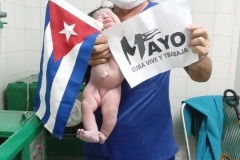 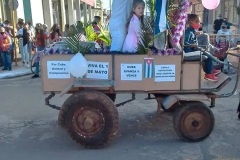 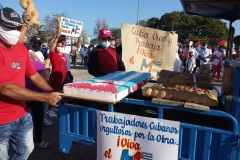 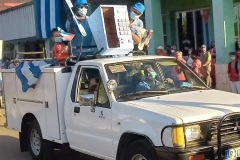 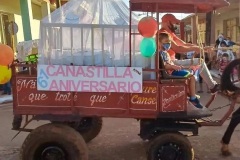 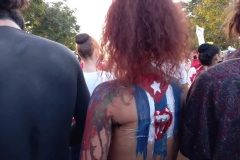 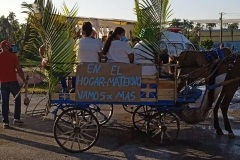 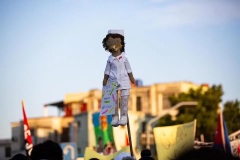 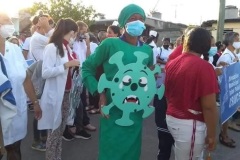 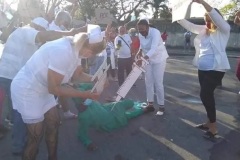 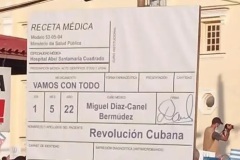 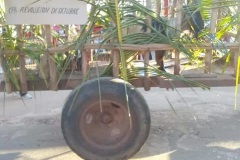 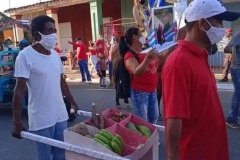 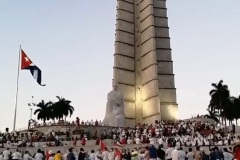