HAVANA TIMES – Going to San Lazaro is a day of celebration and pilgrimage, a moment to do good on your promises to the saint or to ask him for health and physical wellbeing.

Every December 17th is a day of popular devotion dedicated to Old Man Lazaro, as he is also known, syncretized as Babalu Aye or Asojuano, in the Regla de Ocha religion.

That afternoon, I followed the common path that people take wishing to reach El Rincon, a town south of Havana where the “National San Lazaro Sanctuary” is found, where the devout go to worship him.

In spite of it being 5 PM, I was surprised to find pretty much empty streets, compared to other years I’ve taken this regular route.

I’ve been told that additional bus services that normally run in December weren’t operating this year, and your normal stalls selling saint cards, statues, flowers and candles had all of their merchandise still untouched when I left, after 3 hours.

A vendor told me that sales were low, because this year the celebration fell mid-week (on a working day), but that lots of people had gone the night before, especially between 10 PM and 1 AM.

Some people normally “stay up” or pay tribute in their homes, but lots of people like to go to the church in person. Although now the “Sanctuary…” welcomed San Lazaro worshippers with closed doors for the first time in so many years. The Saint’s figure was placed outside, fenced off and with message screens. Maybe this was why very few people went, rather than COVID-19.

Anyway, the sick still came, people doing good on their promises came, as did Santera/os, Babalawos, Paleros, Christians from different churches and congregations from all over the country and anybody who thought they needed the Saint’s attention in person.

Many people came barefoot from Santiago de las Vegas even, where the bus leaves them some kms away, as well as from the entrance of El Rincon town.

Adults with their promised offerings or not and small children carried by their parents, many of them dressed in purple robes – the Saint’s attributes. There were also plenty of pet dogs that families took along, the animal that accompanies his figure according to popular legend.

New requests, new promises, as well as offerings for old promises of good health… these are the most common reasons why people come here. Some people believe they need to make the request in person and some people come to ask on behalf of others who can’t physically be there – the elderly or youngest ones at home they don’t dare to bring.

Although people believe it’s the same to go to El Rincon a few days before or after, I’m sure that prayers and requests to San Lazaro included their protection in the tough times that are to come for the Cuban people in 2021. 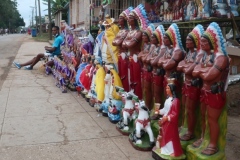 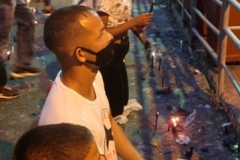 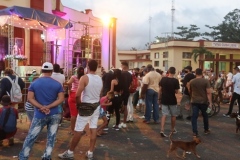 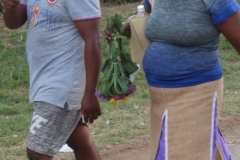 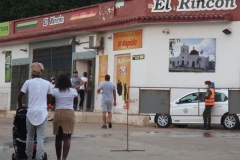 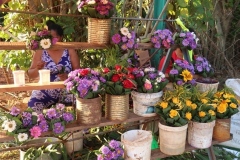 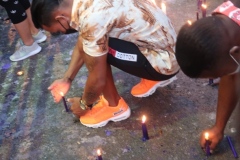 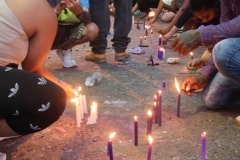 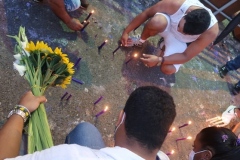 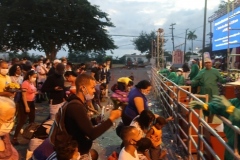 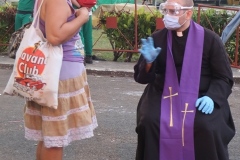 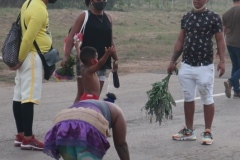 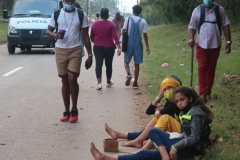 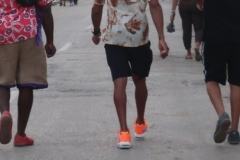 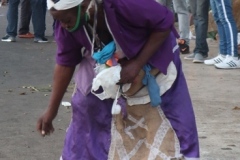 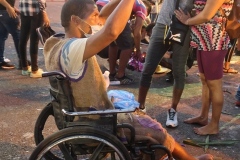 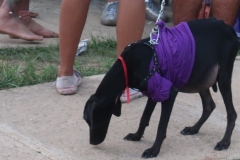 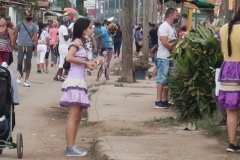 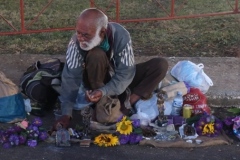 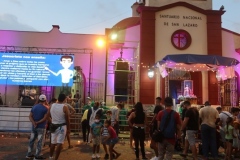 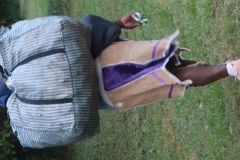 What Am I Doing Here in Cuba?