Where are the US $3.5 billion dollars and who is behind the new capital. 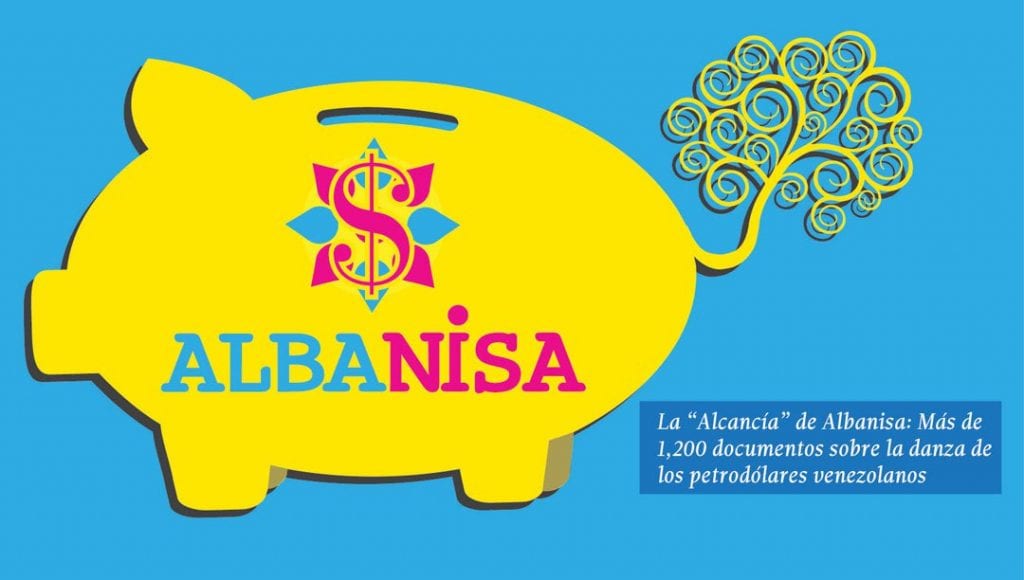 HAVANA TIMES — The auditing of the use of Venezuelan aid, channeled through private mechanisms as a parallel budget, has been an insistent popular demand since the first oil industry cooperation agreement between the two countries was signed by Presidents Hugo Chavez and Daniel Ortega in 2007.

A genuine battle was then unleashed as government officials began concealing information and cloaking everything in extreme secrecy and the independent press scratched at the margins of the process, to try and uphold the democratic principles of transparency and accountability.

In a democracy with rudimentary checks and balances, this would have been one of the tasks of State regulation entities, such as the National Assembly and the Comptroller General’s Office, as the agreement with Venezuela represents national assets of US $3.5 billion.

In Nicaragua, where these institutions lack autonomy and operate as extensions of the president-State-party system, it has rather been the solitary mission undertaken by the press and a handful of legislators and independent investigators.

Economists are still debating what the long-term impact would have been had these funds been invested in prioritized development areas through a national strategy and on the basis of solid institutional channels. What no one denies is that the short-term strategy adopted by Ortega in order to secure Venezuelan aid cleared his path of obstacles to install an authoritarian, pro-corporate regime.

On the one hand, this strategy allowed him to consolidate popular support (through handouts and coercive policies) and, on the other, it facilitated an alliance with big capital, by postponing a genuine fiscal reform that, in addition, offered Venezuelan businesses great opportunities in the country.

Under the current political circumstances, one cannot expect the country’s leaders and those close to them – the absent president and the ubiquitous official spokeswoman – to offer any verifiable accounts or to respond to the questions posed by the independent press.

The future of Venezuelan aid in Nicaragua is uncertain today owing to plummeting oil prices and the political decline of Chavismo in Venezuela. But the fruit of ten years of cooperation now in sight in Nicaragua is a business conglomerate which today represents one of Nicaragua’s new and most important concentrations of capital.

Under the current political circumstances, one cannot expect the country’s leaders and those close to them – the absent president and the ubiquitous official spokeswoman – to offer any verifiable accounts or to respond to the questions posed by the independent press.

Fortunately, in a presidentialist regime, the government’s silence always begins to erode from within. Within the State and party apparatus, there are public employees, technicians, professionals and FSLN members who are opposed to the consolidation of a new family dynasty and, despite the restrictions and threats with which they would maintain a monopoly over public information, we are seeing the beginning of a greater flow of information to bring about greater transparency.

In 2011, Confidencial published the first extensive journalistic investigation (Las cuentas secretas de Albanisa, “Albanisa’s Secret Accounts”) based on leaks dealing with Albanisa’s accounts. Last year, we published another investigation titled El botin de los petrodolares (“The Petro-Dollar Booty”), shedding new light on the secrecy surrounding Venezuelan financial aid and the financial activities of Albanisa. This new investigation, titled La alcancia de Albanisa (“Albanisa’s Cash Box”), is based on the even more substantial leak of 1,207 documents, which sources linked to Albanisa and the ruling party made available to Confidencial. Our sole commitment is protecting their identities and treating the information rigorously and professionally.

In this new investigation, readers will be exposed to new (and still not fully corroborated) findings pointing to the wasteful and discretional manner in which oil revenues have been handled, and see how Albanisa has become a kind of cornerstone devoid of any economic rationality or investment logic. Under the leadership of Albanisa vice-president Francisco “Chico” Lopez, the company has become a business incubator controlled entirely by the president’s family.

The last of this three-part investigative series, dealing with the debt to Venezuela that Nicaragua has contracted, poses a new dilemma to both countries, owing to the fact Maduro’s government brought about a change in the rules of the game at the beginning of the year, redefining the manner in which cooperation agreements are to be handled and our country’s obligations vis-à-vis Venezuela.

According to the International Monetary Fund, Venezuela announced that “all assets and liabilities related to the oil cooperation agreement are in the process of being transferred from a private financial cooperative (Caruna) to a Nicaraguan limited liability company (Albanisa), co-owned by the Nicaraguan State oil distribution company Petronic (49%) and the Venezuelan national oil company PDVSA (51%).

These are the kinds of questions that ought to be urgently debated in Nicaragua, because of the implications they have for our immediate future and any agenda seeking change.

This means that the debt arising from the oil cooperation agreement (i.e. the liabilities) will cease to be the responsibility of Caruna and will be transferred to Albanisa, and that the assets derived from investments made through the oil fund will also be fully controlled by Albanisa.

Some of these assets include the Banco Corporativo (“Corportate Bank”), Nicaragua’s channel 8, radio broadcasters, the Seminole Hotel, the DNP service station chain, thermal and wind-power generators, the energy distribution company Disnorte y Dissur, livestock farms, the Albalinisa export company, construction companies, the fuel storage tanks of the unfinished refinery, in short, everything that has been financed with money coming from the oil agreement.

The difference now is that, while Caruna was previously a fully Nicaraguan private entity, 51% of Albanisa is owned by Venezuela’s PVSA. Does this mean that Venezuela is cancelling Nicaragua’s debt by having PDVSA acquire the company? Is Venezuela asking for control over investments by the Alba group in Nicaragua, which had hitherto been granted entirely to its private partner, President Ortega, or is it merely a formal mechanism to consolidate yet another private transfer?

These are the kinds of questions that ought to be urgently debated in Nicaragua, because of the implications they have for our immediate future and any agenda seeking change, which will have to take these assets and resources into consideration, in order to put them at the service of a sovereign state.

They are also pertinent questions for Venezuela’s new National Assembly, now controlled by the opposition, which is beginning to demand a full account about the destination of petro-dollars abroad, born of a solidarity project and finally delivered to private hands.

The Nicaraguan people have the right to read the fine print in the cooperation agreement with Venezuela to know how those US $3.5 billion have been used and, most importantly, where has the new private capital ended up.