From the impact of the university youth, now as an autonomous political force, depends how we will be able to reach the end

HAVANA TIMES – The image of euphoric protestors celebrating the fall of the first “Chayopalo”, one of the omnipresent metal “trees of life” imposed by Rosario Murillo, on the third day of the civic protest, revived in my memory the same sense of liberation that I lived some 40 years ago when the statue of Somoza García on a horse came crashing down. Two sister images, the people demolishing the symbols of the oppressive power of the dictatorships of Somoza and Ortega, but born of distinct revolutionary processes.

The fall of the monument of the founder of the dynasty on July 19, 1979, marked the victory of an armed revolution and the end of the Somoza era, after 45 years. On the other hand, the popular anger against the metal trees of Murillo on April 20, 2018, was just the beginning of an unarmed civic insurrection.

A year later, the April rebellion finds itself half-way down the road: it has not yet achieved its objectives of democratization and justice, but it has already buried the project of establishing a new dynastic dictatorship and, in addition, unleashed a new force of change: that of the young university students that emerged not only as a symbolic power, but also as an autonomous political movement.

Before April 18, Nicaragua was heading towards the continuation in power of Ortega’s authoritarian regime, through the dynastic succession of his wife and current Vice President predestined for 2021. Without democracy, transparency, or accountability, Ortega governed as he pleased in virtue of an alliance with big businessmen who, in exchange for business and investment opportunities, granted political legitimacy to the dictatorship. That model of centralized authoritarian power, which governed without any counterweights of other State powers and without any democratic opposition, collapsed in the first days of the April rebellion.

From the moment that the self-organized people took to the streets and a new political majority emerged, the bloodbath caused by the police and paramilitary repression buried Ortega’s reelection project and his plan to inherit power to Murillo or any of their children.

After the massacre, Ortega’s political future is debated in the dilemma of negotiating the political transition and his departure from power, or prolong the agony of the regime, imposing greater human costs and economic sacrifices to the country. So far he has opted for the latter, clinging to power at any cost.

Since a year ago, Ortega and Murillo command, but do not govern; and all they do is administer their misgovernment and the economic crisis under the protection of repression and their alliance with Cuba and Venezuela. How much longer can this impasse be prolonged? It depends on the resources available to the regime to hold together its base of support—the State-Party bureaucracy, the Police, the Army and at least a fifth of the electorate–, but above all of the capacity of the Blue and White Movement to create an alternative to power, in the face of repression, that offers incentives to the regime’s supporters to seek a political solution without Ortega.

With the recently approved tax reform and loans from Taiwan and the Central American Bank for Economic Integration, Ortega has assured economic resources to keep paying the State payroll and basic subsidies in 2019, while the economy contracts with more unemployment, poverty and emigration, but without leading, in the short term, to the financial collapse or total disaster.

On the other hand, as the Maduro regime in Venezuela demonstrates, individualized international sanctions against the ruling elite are not enough to weaken an authoritarian regime, until the primary sources of its economic power is damaged, which in the case of Ortega still remain untouchable.

The failure of two attempts at national dialogue, without the agenda for democratization and justice even put on the negotiating table, evidence that Ortega will never negotiate a political solution “from his own free will,” unless obliged by force under a situation of maximum national and international pressure. But this juncture of change will not arise from the inertia of the economic crisis, or from the policy of “wait and see” the results of the dialogue that still prevails in the international community, but from the pressure of the self-organized national movement.

It was a spontaneous protest that ignited the spark of the civic insurrection of April, while the repression was the detonator of the largest mass movement in Nicaraguan history. Thus was born a great multiclass alliance formed through horizontal networks, without political parties, caudillos, or messianic vanguards, but with the leadership of a new political generation.

As the university student Lesther Aleman has written: “Nobody prepared us, or financed us.” That political force of youth, no longer as the fighting contingent of another political movement, as in the seventies and eighties; but, for the first time, as an autonomous political force, with a democratic ideology and an unequivocal commitment to civic struggle, represents the main political reserve of the April Rebellion.

Of the impact capacity of the political force of the students in the Civic Alliance and in the Blue and White National Unity movement have, depends the fate of the April Rebellion in the streets and at the negotiating table, as well as how we will reach the end of the road.

The Civic Alliance must decide between demanding the immediate release of all political prisoners and the restoration of civil liberties, as a sine-qua-non condition, before starting negotiations on democratization and justice, or submit themselves to Ortega’s blackmail that keeps the prisoners as hostages, with a state of siege and censorship, to impose the unequal terms of the political negotiation.

The other organized force that has a key weight in this crisis is the private business sector: the big businessmen and the chambers grouped around COSEP, AmCham and FUNIDES. The question is whether they are willing to take risks and become a democratic actor, to shorten the costs of the humanitarian and economic crisis, or if they will bend to Ortega’s strategy of imposing a “bad arrangement,” that can satisfy the security interest conjectures of the United States.

In the last forty years, Nicaragua has lost two great historical opportunities to undertake a political change with justice and democracy. First was the armed revolution of 1979 that overthrew the Somoza dictatorship; a national hope that sank in the authoritarianism of the FSLN and its total power scheme that led to a civil war, the war of external aggression and the economic collapse. 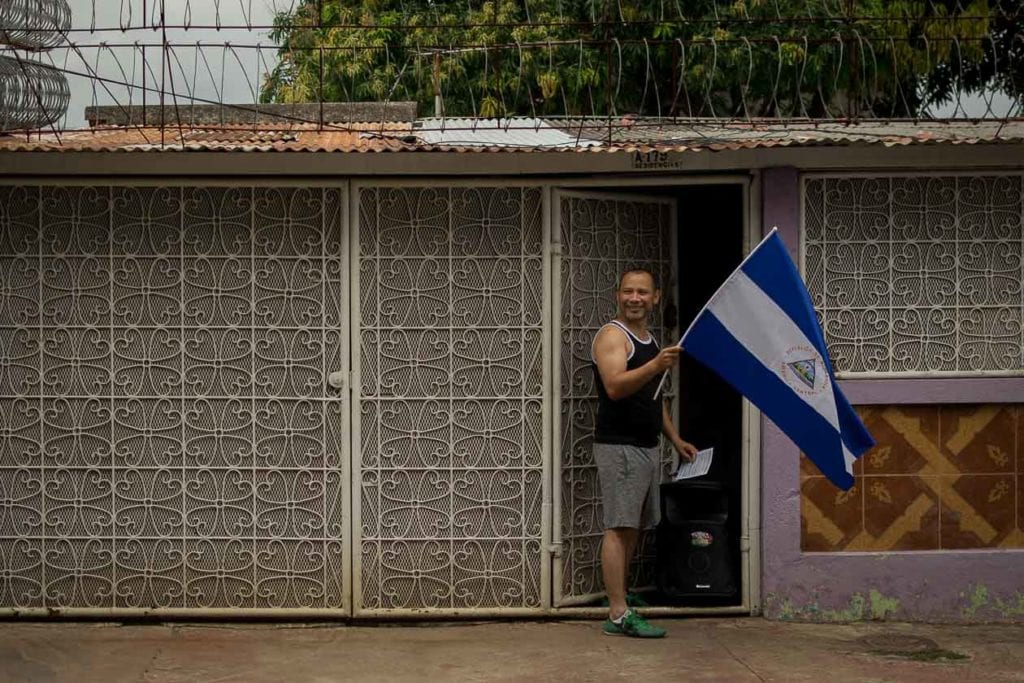 After the electoral defeat of the FSLN, the democratic transition began in 1990, generating once again hopes for change. However, a succession of three democratic governments culminated with the return to power of Daniel Ortega in 2007 demonstrating not only the effectiveness of cooptation and the scheme of retaking power “from below” by Ortega, but also the inability of the political and business class to build democratic institutions with citizen roots. The pact [between Ortega and Aleman], the corruption, and the lack of political policies to face the economic and social crisis and the poverty of the majorities, paved the way for the return of Ortega to power.

In this third opportunity for change, it is imperative to learn from the lessons and mistakes of the 1979 Revolution and the democratic transition of the nineties. The democratization of the country, after Ortega, will depend on the majority vote obtained to govern by the future electoral Blue and White coalition, with the mandate to implement deep reforms and dismantle the repressive structures, to prevent “orteguismo” from continuing to govern “from below.”

The April insurrection has already managed to put on the national agenda the inseparable relationship that exists between democratization and justice; but only the persistence of the relatives of the victims and a new democratic government committed to truth and justice without impunity, can guarantee that Ortega will face his responsibility before the courts for crimes against humanity.