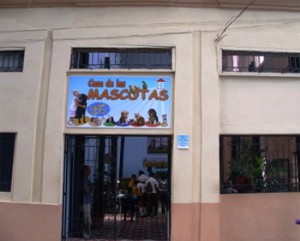 HAVANA TIMES — Cubans have one personality trait that’s almost inherent: being presumptuous and vain. Though they live in a Third World country with a fragile economy, they’ve always aspired to a standard of living higher than their real possibilities.

They like to dress well, eat good food and have a bit of comfort in their homes, and to maintain these, more than a few sacrifices are made daily on the island. 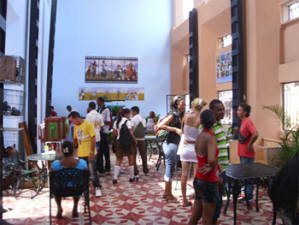 This has led some people to engage in all types of illegal activities, even those that are morally corrupt. Likewise, many depend on remittances from family, friends or lovers abroad in order to maintain a “certain status.”

We might agree that eating and dressing are basic needs, and creature comforts in one’s home are also priorities. Nevertheless, I believe there are certain eccentricities that only rich people in a many parts of the world can afford. 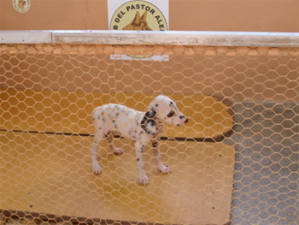 One of these is the purchasing and caring for certain pets. While it’s true that in most homes there have always been beloved domesticated animals, people never showed much of an interest in the particular breeds of these creatures.

Dogs, cats and fish were traditionally the most common pets in Cuba; but for some time now, other household pets have become popular, ones such as hamsters, squirrels and exotic birds.

So-called mutts and alley cats have been forgotten and left in the streets. 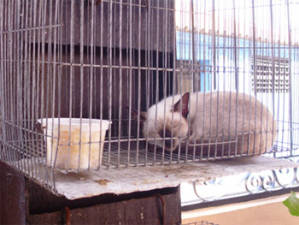 In many parts of the country there are places that sell these kinds of pets. The funny thing is to see how they’re sold for sky high prices here in a country where the wages of most people are less than a dollar a day.

Plus, it goes without saying that these animals require certain foods and care, especially given the fact that many of these breeds have to adapt themselves to our tropical climate. 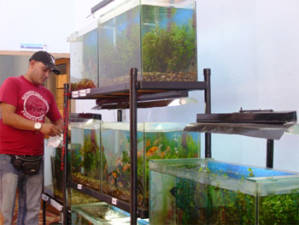 On the other hand, I find it a little annoying to see how they’re put on display in cages until the highest bidder comes to take them away. In Santiago de Cuba, they recently opened a pet store like this where they sell dogs, cats, mice, hamsters, birds and fish.

These luxuries that some Cubans currently enjoy, accentuate our social differences. I witnessed a family that bought a Dalmatian for their child — for 35 CUCs (close to $40 USD) — while a few feet away a man was begging for spare change.

Many people will respond to this commentary with the old saying: “To whom God gave it, may they enjoy it…” and I won’t deny that. But loving animals must go beyond whatever breed they might be or how much they cost. Liking pets is one thing while suffering from certain pretensions is another.

8 thoughts on “Pets and Pretensions”